Check Out The Baller Laguna Beach House That Warren Buffett Just Slashed The Price On By $3.1 Million 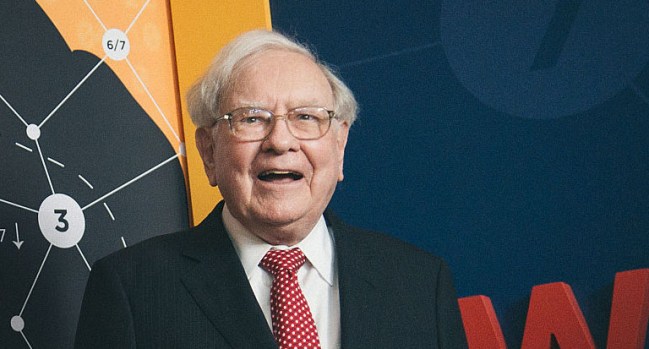 Warren Buffett may be worth gobs and gobs of money, but even he has trouble selling a house as he just lowered the price of his sweet Laguna Beach home by a whopping $3.1 million. Yep, it’s rough out there for a gazillionaire.

And he’s not alone as we’ve seen with the relatively low prices being asked for stellar real estate by people like Selena Gomez, Drew Bledsoe, Lovie Smith and Jeff Kent.

That being said, this is the biggest price drop we’ve seen on a celebrity home so far. A $3.1 million discount on an asking price of $11 million is nothing to sneeze at, folks. Buffett must really want to sell this house.

Though I am not sure why, it’s definitely a kickass place to live. Then again, according to the Los Angeles Times, Buffet has owned the house since 1971 when he bought it for… $150,000!

Warren Buffett listed his house in Laguna Beach for $11 million. In the listing one of the pictures includes a Coke bottle. Gotta respect the blatant salesmanship herehttps://t.co/78OJywk14U pic.twitter.com/x929geU1DQ

The 3,588-square-foot home, built in 1936, sits on a corner-lot in the Emerald Bay area of Laguna Beach. It has six bedrooms, seven bathrooms (not nearly enough for Bezos), a large family room with an oversized ocean viewing deck, a skylight-topped kitchen, sliding glass doors which open on three levels to ocean-facing decks and terraces, two of the bedrooms have their own separate entrances, while five of them have their own private bathrooms.

Warren Buffett recently shaved down the asking price for his Laguna Beach house by $3https://t.co/plVmfPoa3S pic.twitter.com/lzeO2uSIac

Sounds like a steal to me. And for around just $42,785 a month in mortgage payments, calulated on the house’s listing, it can be all yours.