70-Year-Old Goes Back To College, Joins Kappa Sig, Proves You’re Never Too Old To Be A Bro 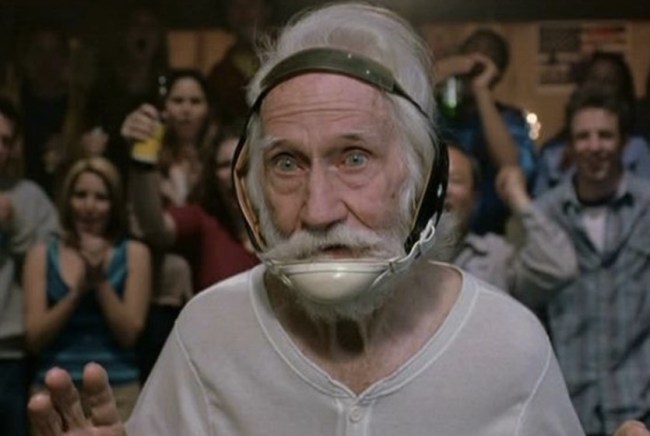 Two years ago, 70-year-old Gary Fryer lost his older brother. Many decades prior to Gary’s older brother passing, his bro was a member of Kappa Sig.

Proving that you’re never too old to be a bro, at the ripe age of 70-years-old Gary Fryer enrolled at Arkansas Tech University to earn an undergraduate degree and has since rushed Kappa Sig to follow in his deceased older brother’s footsteps.

Gary Fryer, a 70-year-old Arkansas Tech University (ATU) student wanted the full college experience, so he decided to join a fraternity.
Fryer said joining the fraternity Kappa Sig makes him feel like he belongs to the school. When he was younger, he would always hang around Kappa Sigs because of his older brother Jack. As Fryer got older, the thought of joining the brotherhood faded away. But now that once faded dream has become a reality.
“I ran into the Kappa Sig guys and I told them about my connection with my two brothers and other family members,” Fryer recalled. “Luke our president says, ‘Why don’t you go through rush and let us bid you,’ and I said, ‘Wow, that’s the craziest thing I ever heard!”
Fryer did everything a normal person would do to join the fraternity. He went through rush, attended mixers, and even has his own big brother.
“I have a big brother and he’s 49 years younger than me,” he said while laughing.

Kappa Sig President Luke Frederick says that 7-year-old Gary Fryer is very committed to brotherhood and that Kappa Sig fraternity. He attends every chapter meeting, every community service event, and Gary even attends some of the mixers with sororities. Luke Frederick also says that Gary’s the most talked to bro at the sorority mixer functions with all of the lovely sorority ladies flocking to Gary.

As for Gary’s place in the grand scheme of things, this last excerpt from KTHV really got me in the feels:

“I don’t really give advice, but I have experienced everything that you’re going to experience and if you have any troubles we can talk about that,” said Fryer.
But Fryer said it’s the Kappa Sig brotherhood that keeps him going. He also said his brothers are also his heroes seeing how they go to school and work helps motivate him every day.

You’re never too old to be a bro, and Gary Fryer is living proof of this.