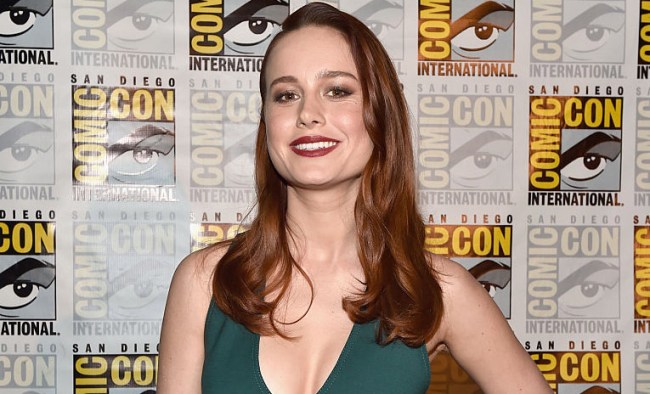 If you haven’t seen Avengers: Infinity War yet then you will probably want to stop reading now because there are some very major spoilers ahead *if you haven’t seen that film*. The information below pertains to the future of the Marvel Cinematic Universe (MCU) in a post-Infinity War world, so if you’re not caught up with that film then you’ll be very confused with the information below.

Moving on, when Thanos snapped his fingers and wiped out half of the universe we saw that the original members of The Avengers were left standing. If you stayed for the clip that rolled after the film’s credits then you saw Director Nick Fury send someone a message on a beeper. That person, as everyone now knows, was Captain Marvel who will be played by Brie Larson.

The Captain Marvel film will take place in the past and it’s set to come out next year (March 8, 2018). In that film, we’ll be introduced to Captain Marvel who possesses the most extreme powers of any superhero we’ve met yet. We don’t really know anything about the Avengers 4 film next Summer other than the fact that Thanos will be back, and we can connect the dots to assume that Captain Marvel will play a pivotal role in everything. This clip breaks down 10 theories on how Brie Larson’s Captain Marvel will change the MCU as we know it:

Here’s a vague list of those theories if you want to keep track:

1. She’ll kill Thanos
2. The Quantum Realm
3. Leader of the Avengers
4. A romance
5. She’ll unleash her Binary powers
6. She’ll join the Guardians of the Galaxy
7. She’ll create a new team
8. Other “Marvel” characters
9. The iconic costume
10. She’ll get a trilogy