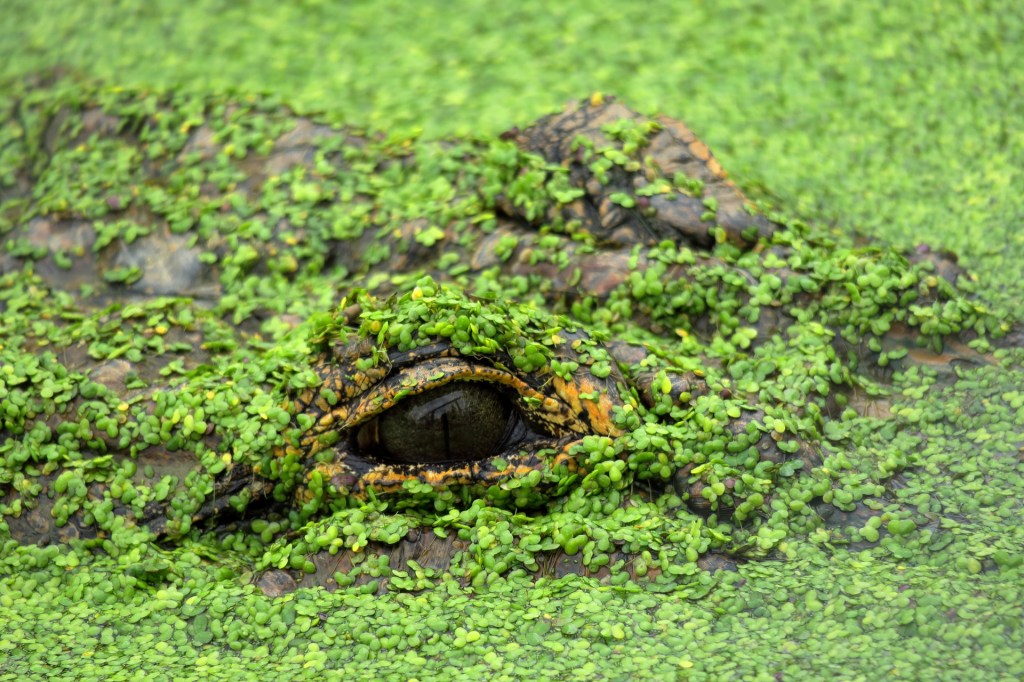 I’ve heard of people finding wild artifacts in the bellies of Tiger Sharks, everything ranging from military items to license plates, but I’ve never heard a story like this about an alligator.

Four men caught and harvested a massive 13-foot, 750-pound alligator on Eagle Lake in Warren County, Mississippi earlier this month. Todd Hollingsworth and the others told local news WJTV “it took them hours” to wrangle the alligator up into the boat.

Gator hunting (fishing?) isn’t always easy. You’re usually in a smaller boat than you would be if you were fishing. There are all sorts of random equipment that can be involved. And you’re often tucking the boat back into hard-to-reach areas.

After they captured the alligator and got it back to dry land the guys brought it to the Red Antler Processing in Yazoo City where two ancient artifacts were discovered. The gator had swallowed an atlatl and a plummet, and both artifacts could actually be older than 1,000-years-old.

Discovering prehistoric artifacts is amazing enough. But finding them deep in the belly of a massive alligator, that's something else. The gator contained a Native atlatl dart point from 1000 to 2000 BC— pre-bow & arrow hunting equipment. https://t.co/i0n6HcMFm0

Shane Smith is the owner of Red Antler Processing in Yazoo City and he told local news that experts believe these artifacts originated in the Great Lakes region. James Starnes is the Director of Surface Geology and Surface Mapping for the Mississippi Department of Environmental Quality. That’s one HECK of a title. He told the Clarion Ledger he believes is actually from 5000-6000 BC:

‘That is the latter part of the Early Archaic and early part of the Middle Archaic (periods),” Starnes told the Clarion Ledger. “How the base is made is real tell-tale in estimating the time period.”

The ‘tear-shaped stone’ was identified as a hematite plummet and could date all the way back to 1700 BC.

All of this inside of a dang alligator in Mississippi!

For more on this incredible find, head on over to Southern Living.