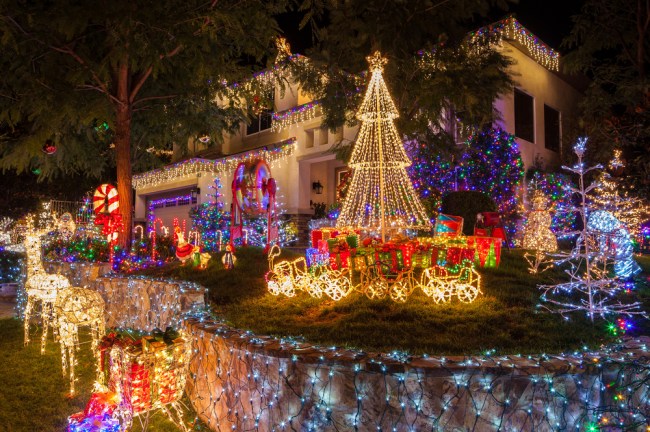 I’m legitimately shocked that this bizarre news story doesn’t somehow involve Comcast. Typically, when there’s someone on the receiving end of a clerical fuck up of monumental proportions it’s Comcast-related, but this incident is all about electricity and not cable. So I’m just rambling here.

A woman in Erie, Pennsylvania received an electricity bill for $284 billion. Instead of immediately assuming that the computer had mistakenly added a few extra zeroes her first thought was that the family had put up Christmas lights and perhaps they’d strung those lights improperly. How Christmas lights would cause a $284 billion spike in your bill is beyond me but here we are.

“My eyes just about popped out of my head,” said Horomanski, 58. “We had put up Christmas lights and I wondered if we had put them up wrong.”
The good news, if you can call it that, was that Horomanski didn’t have to pay the entire $284,460,000,000 until November 2018. Her minimum payment for December was a relatively paltry $28,156.
Horomanski said the $284 billion bill caused her to ask her son for a different Christmas present this year.
“I told him I want a heart monitor,” she said. (via)

The electricity company, Penelec, fixed the clerical error. The bill was only supposed to be for $284.46. Somehow, I go back to Comcast here. I can imagine someone calling in and saying ‘you sen me a bill for two hundred and fifty-six billion dollars, this is wrong’ and Comcast responding with ‘Maam, have you recently hung any Christmas lights or added new light bulbs to your home?’