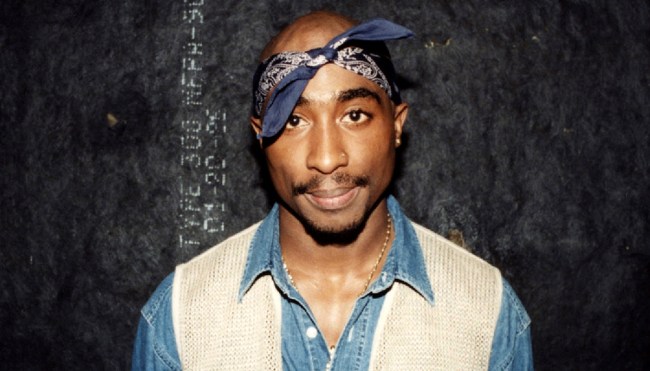 The death of Tupac Shakur marked the beginning of the end of an era defined by the divide between rappers on the East and West Coast—one that would all but conclude when the Notorious B.I.G. was gunned down in Los Angeles six months after his longtime rival was murdered in a drive-by shooting in Las Vegas.

The rapper who used the “Thug Life” mentality as the foundation for his image previously had a brush with death when he was shot five times during a visit to New York City’s Quad Studios in 1994 (in what was, depending on who you ask, a robbery gone wrong or a hit that Biggie may have had a hand in organizing), and his lyrics were filled with allusions and overt references to the fate he eventually befell on that fateful night in Sin City.

The aforementioned gangster persona may have initially started out as an act, but over time, 2Pac not only embraced it but the sobering reality that accompanies such an inherently volatile life—including the way it all too often comes to a sudden end.

Based on what fellow rapper Smooth B had to say while discussing his relationship with Shakur in a recent interview with Art of Dialogue, 2Pac had seemingly come to terms with the fact that his time on the planet was fairly limited in the years leading up to his death.

During the conversation, the rapper recalled an exchange he had when he met up with a 23-year-old 2Pac in Los Angeles where the West Coast legend implied he’d already had a glimpse at and come to terms with the violent fate he correctly predicted he’d meet.

Here’s what he had to say via HipHopDx:

That n—a just looked at me with a deadass stare and said, ‘Smooth, listen. I already seen it. I know how I’m gonna go out, n-gga.’ When that s—t happened at 25, I was floored. I was f—king floored.”