Over 300 Tarantulas, Scorpions And Giant Cockroaches Seized From Smuggler’s Luggage At Airport 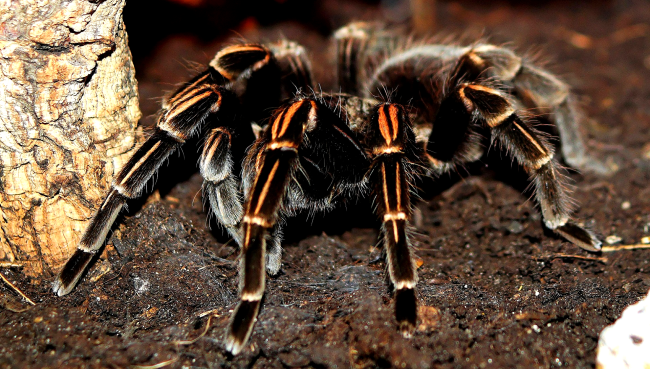 Imagine for a second you are working security at an airport, just going about your day annoying shoeless passengers holding up their beltless pants when you decide to take a look inside some luggage and discover more than 230 trapdoor spiders and tarantulas, 67 giant cockroaches, and eight scorpions inside the bag.

That would be a pretty bad day, right?

The over 300 Colombian animals and insects were found by airport security located inside a suitcase of two German citizens bound for Europe.

The German citizens claimed, according to authorities, that they were taking the 232 trapdoor spiders and tarantulas, 67 giant cockroaches, a scorpion with seven young, and nine spider eggs to Europe for academic purposes.

Unfortunately, you can’t just do that. You need to have proper authorization from Colombian officials to transport animals from the country.

“The Ministry of the Environment and the Airport Police seized in the last days more than 309 specimens of wildlife at the airport (Eldorado), which were to be transported by two German citizens (…). We remind citizens that despite, like these citizens, having supposed academic or research purposes, any investigation must have explicit permission from the environmental authorities,” said the Secretary of the Environment, Carolina Urrutia.

A press release issued by the Ministry of Environment stated, “The animals were transferred to the Center for Attention and Assessment of Wild Flora and Fauna, where professionals from the Ministry of the Environment are carrying out the respective biological evaluations to determine which species are affected and if there is any degree of risk or threat. After this process, the environmental authority will define whether to release or relocate the arthropods.”

In September of this year, 3,493 shark fins and 117 kilos of fish swim bladders were seized at the same airport in Colombia.

This latest seizure now makes more than 11,000 illegally trafficked specimens that have been recovered at the El Dorado International Airport in 2021, of which 7,058 were living, 159 were dead and 3,846 were non-living (those that underwent some degree of transformation such as being turned into skins, leather goods, shells, or dehydrated parts).