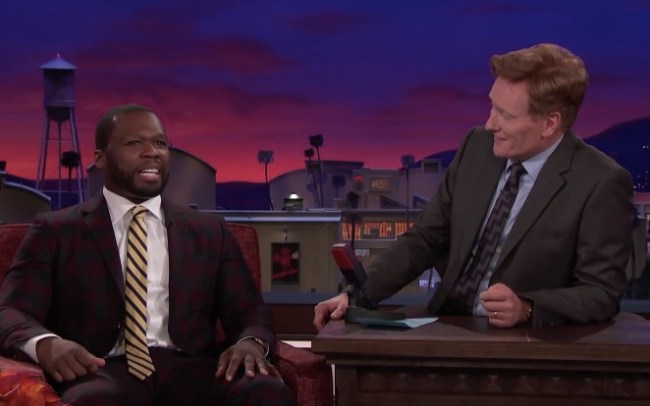 When Jay-Z dropped a new album last Summer a lot of people, myself included, loved it. In my mind, Jay-Z can do no wrong. Everything he produces and releases is good. Curtis ‘50 Cent‘ Jackson feels differently.

Curtis Jackson was a guest on Conan last night and Conan pressed him to explain what exactly it was that he meant by ‘golf course music’. 50 Cent said he hasn’t had the chance to explain his comments to Jay-Z yet but after hearing his explanation I think his comments were a lot less malicious than most of the media made them out to be but I’ll let you bros judge for yourselves:

When I think of ‘Golf Course Music’ I don’t think of Jay-Z. Oddly enough, I think of Eminem. Mostly because that’s what we used to blast on the golf course with our portable speaker back in college. Given how much of a story this was last Summer I’m a little bit surprised that 50 Cent never hit up Jay-Z to explain what he meant but I’m guessing 50 Cent doesn’t feel the need to explain himself to anyone about anything, that’s just my hunch.