Ever Seen Six Wild Tigers Walking Together Like They Own The Jungle? Now You Have 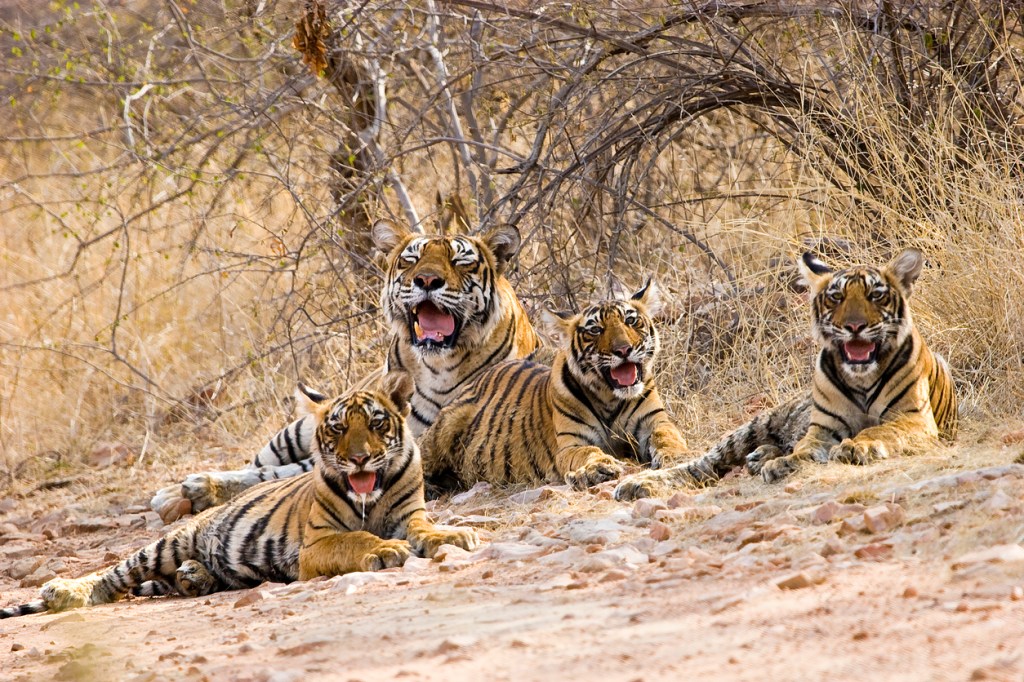 I’ve never seen one tiger in the wild. This Bollywood actor named Randeep Hooda saw six at once. I’m no astrophysicist but I think that makes him 3x cooler than me.

This footage shared by Randeep Hooda was filmed at the Umred Karhandla Wildlife Sanctuary in Maharashtra, India. I know close to nothing about Bollywood actors but a quick Google search tells me this guy’s worth millions of dollars and he has a huge following on social media so it makes sense this clip would go viral for several reasons (awesome footage + huge following).

The Umred Karhandla Wildlife Sanctuary in Maharashtra encompasses an area of about 73 square miles of unbridled wilderness for these wild tigers to roam. As recently as 2016, it was estimated there were only 5 or 6 tigers in total in the wildlife sanctuary. Now we’re seeing six of them sauntering down a road like the kings that they are. Lazily walking after a safari truck knowing they could chase it down in an instant if they wanted to.

If you want to see some more wild footage from that sanctuary, here’s a clip from 5 years ago of a tiger taking down a bison. And here’s footage of an absolute unit, the biggest tiger in the land, from the wildlife preserve.

There are an estimated 2,967 tigers in the wild in India and that estimate is from August so it appears to be pretty accurate. India has a goal to grow its tiger population by 35% which honestly seems like a pretty weak goal. Why not grow it by 350%? Why not 3,500%?

It’s not just tigers found within the Umred Karhandla Wildlife Sanctuary, by the way. The sanctuary is home to 90 species of birds and 19 species of reptiles including the Russell’s Viper, Indian Cobra, and Indian Rock Python. Suffice it to say this isn’t the type of jungle you want to get caught in alone after dark.