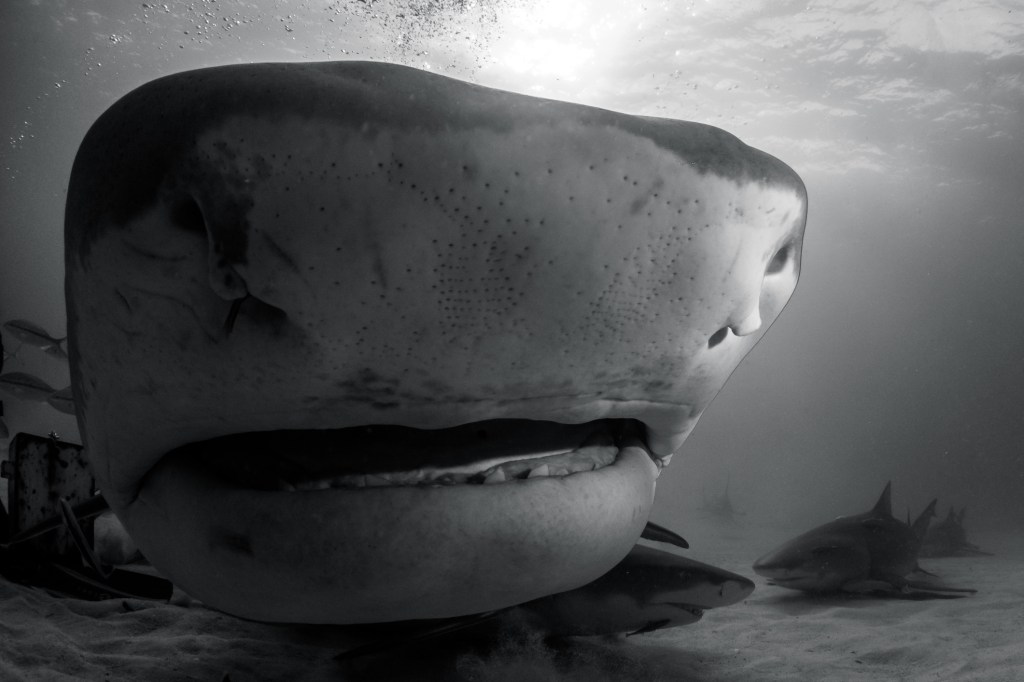 Six Australian blokes fishing off the coast of Sydney last weekend hauled in an 870-pound Tiger Shark that ignited a flurry of reactions from people online. Shark fishing is a hot-button issue amongst fishermen and conservationists and everyone seemed to have an opinion on this catch after they saw pictures of this sea monster.

The largest Tiger Shark ever caught was a 1,785-pound 11-ounce shark that was caught in Ulladulla, Australia back in 2004. While this shark weighs roughly half the size of that fishing world record, the pictures of this shark nearly unable to fit into the boat are blowing everyone’s minds and led countless people on Facebook to make the typical Jaws jokes about the crew ‘needing a bigger boat’.

This shark caught by Capt. Paul Barning of the Dark Horse and the crew of six fishermen was shared on the Port Hacking Game Fishing Club Facebook page where it appears to have disappeared (the Page and the Post) but before it went missing the comments were filled with furious people discussing how this is a “near threatened” species on the IUCN’s Red List of endangered species.

Personally, I’m just here to marvel at this truly gargantuan shark. Check it out:

Despite Tiger Sharks being listed as ‘near threatened’, it’s perfectly legal for Australian fishermen to keep this shark as they are allowed to harvest one per day. The flip side of that is Tiger Shark populations have decreased by 74% in the past 50 years, according to For The Win.

Garry Chenoweth is President of the New South Wales Game Fishing Association and fired back at criticism of this catch with about how sport fishing isn’t to blame:

“Our guys are not out there just to murder everything that’s in the water,” he told Yahoo! News Australia. “Those guys [in the photo] have taken just one fish.

“[Sport fishermen] don’t even rate on the 1 percent scale in terms of the impact on oceanic species…It’s really easy to defend [game fishing], but people don’t want to see the actual statistics. [People] just see a picture [of a shark being caught online] and want to lynch everybody up.”

I’ve never caught a Tiger Shark and if I did I’m not sure I would keep one but I’d also never criticize an angler for keeping one when they’re legally allowed to. To harass these fishermen when they were operating within the local fishing regulations is insane. Sure, everyone is entitled to their opinion on catch and release vs. harvesting a caught fish but opinions don’t supersede regulations and all the angry people out there need to chill TF out.

While you’re here, you should 100% check out this 1,000-pound Bluefin Tuna caught in North Carolina a few days ago.