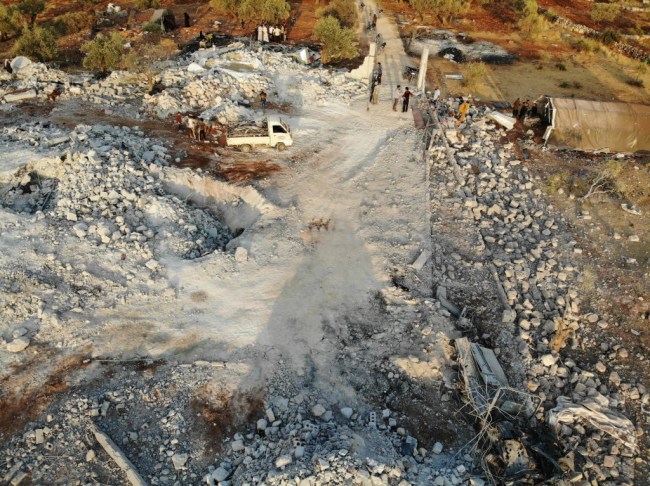 U.S. Special Forces took out the leader of ISIS on Saturday and were extremely positive that Abu Bakr al-Baghdadi was dead. The reason they are so confident that the man who they chased down was the ISIS leader is that a spy infiltrated al-Baghdadi’s compound and stole his underwear.

A Kurdish-led Syrian Democratic Forces (SDF) spy allegedly gained access to the compound where al-Baghdadi was staying in northwest Syria. The spy was able to steal a pair of al-Baghdadi’s underwear and sneak it out of the building.

The Kurds had been working with the CIA to locate the ISIS leader since May 15, 2019, according to SDF senior adviser Polat Can. The Kurds provided the Central Intelligence Agency with the undergarments, and they tested it for DNA to confirm that al-Baghdadi was living at the compound. Abu Bakr al-Baghdadi kept moving to prevent being captured by his many enemies in Syria.

Imagine being the forensic science technician who gets to identify the most prolific terrorist on the planet. Probably, the crowning moment in your DNA profiling career. But to identify the leader of ISIS, you must scrape DNA from the crusty skid-marked skivvies of a terrorist who has been on the run for years and probably doesn’t have access to a quality laundromat.

In a Twitter thread, Can explains how al-Baghdadi’s presumably soiled underwear eventually brought about his own death.

2 – One of our sources was able to reach the house where Al Baghdadi was hiding. Al Baghdadi changed his places of residence very often. He was about to move to a new place in Jerablus.

6 – All armed groups and elements surrounding the village of Barisha were Daesh (ISIS) terrorists, operating under various names. In the airdrop operation, all their military posts and positions were targeted.

Once the DNA was confirmed to be al-Baghdadi, U.S. Delta Force launched a raid on the compound in the village of Barisha in the Idlib province. Helicopters airdropped U.S. soldiers at the compound, and they chased the ISIS leader down a tunnel under the facility.

President Donald Trump said the terrorist leader: “Died after running into a dead-end tunnel whimpering and crying and screaming all the way.” Once al-Baghdadi reached the end, he detonated his suicide vest, killing himself as well as three children. Special operations forces declared “jackpot” at 7:15 PM ET on Saturday.

The blast from the suicide vest injured a military dog who led the chase after the Daesh leader. Thankfully, that good boy has recovered from his wounds and is already back serving the country. President Trump called the Belgian Malinois is “a beautiful dog, a talented dog.”

We have declassified a picture of the wonderful dog (name not declassified) that did such a GREAT JOB in capturing and killing the Leader of ISIS, Abu Bakr al-Baghdadi! pic.twitter.com/PDMx9nZWvw

On Sunday, the POTUS Trump said that lab technicians were present at the raid, and ran onsite tests that positively identified al-Baghdadi within only 15 minutes. U.S. Special Forces were said to have taken “substantial parts” of his body.

“As I said, they brought body parts back with them, etc., etc. There wasn’t much left,” President Trump said. “The vest blew up, but there are still substantial pieces that they brought back.”

Army Gen. Mark A. Milley, chairman of the Joint Chiefs of Staff, said al-Baghdadi’s remains were “disposed of appropriately” in accordance with the law of armed conflict. That may mean that al-Baghdadi may have been buried at sea, much like al-Qaeda leader Osama bin Laden in 2011. 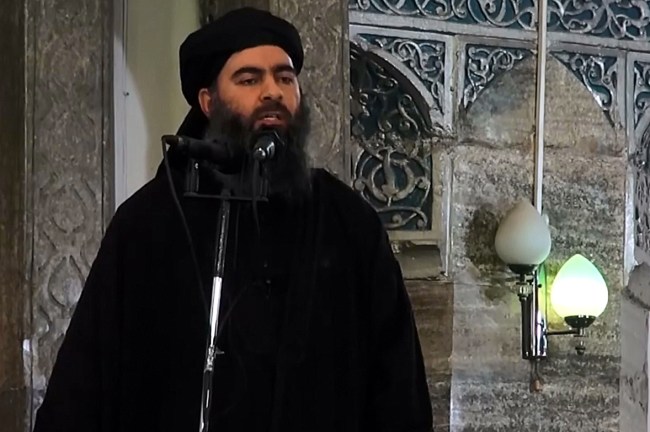 The U.S. also collected cell phones and laptops from the compound, which could reveal objectives of the terror network and other ISIS hideouts. The Delta Force destroyed and flattened the compound so that it could not be utilized as a shrine to the former ISIL commander.

On Tuesday, President Trump announced that al-Baghdadi’s “number one replacement” was killed by an American drone strike. Abu Hassan al-Muhajir, who was the chief ISIS spokesperson and considered al-Baghdadi’s “right-hand man,” was also killed, setting the Daesh caliphate back even farther.

The Pentagon could be declassifying photos and videos of the 2-hour-long raid, which could be released as early as Wednesday.