An ‘Ad Astra’ Review For The Regular Guys: Not A Sci-Fi Movie For Your Pulse, But For Your Soul 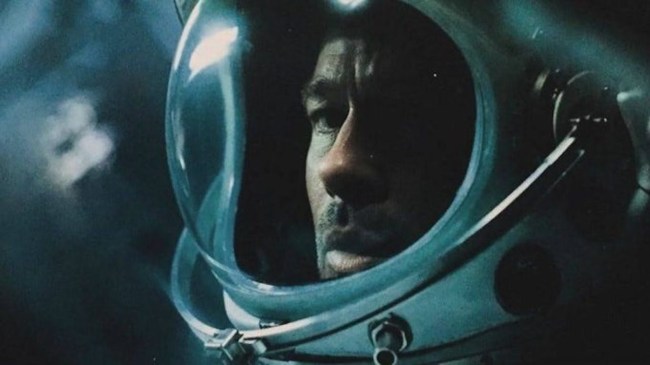 Let’s start this review with a question: how many genuinely bad space movies have you seen in your lifetime?

Unfortunately for all traditional blockbuster lovers, Ad Astra is very distinctly not that sort of popcorn affair.

What Ad Astra is, though, is easily the most intentionally reserved and restrained space movie I’ve ever seen, which is exactly what makes it all the more powerful. The loneliness of the cosmos mixed with the viscerally fantastic elements of space makes for the perfect dichotomy of a thoughtful yet still thoroughly exciting film.

While it’s not as balls-to-the-wall as your typical planet-trotting affair, it proves to be the type of movie that leaves your jaw dropped, your senses stunned, and your mind enraptured in meaningful thought. Put simply: it’s the type of movie you smoke weed and watch not to be blown away by the visuals, but to allow your mind to ponder ideas it very rarely broaches.

The main reason that Ad Astra has the ability to tap directly into our personal consciousness — despite the fact that we have very little relation to the film’s protagonist or the world he inhabits — is how hauntingly realistic director James Gray’s vision of a near-future outer space is.

Every aspect of immediate space has been commercialized, from the $125 pillow/blanket package you can purchase on your public flight to the moon, to the chain stores that man the main lunar station. Gray’s understanding of the real ways mankind would actually utilize space travel is remarkable.

Which is to say that Ad Astra is one of those movies that the longer you think on it and ponder the very questions it’s asking, the more you understand, and more importantly, appreciate what you’ve just seen.

On its surface, it’s a film about a father and a son, until you realize that beneath the layers, its a film about how much those sort of seminal relationships in our lives actually matter.

Roy McBride (Pitt) is lonely. His father Cliff (Tommy Lee Jones, in a distant yet chillingly affecting performance) is crazy. Neither seems overly capable of connecting with other human beings, which is the price one likely pays when they take their very being to the edges of the galaxy. Such is the overwhelmingly existential nature of the cosmos: How do I matter? How does any of this matter?

Now, that’s not to say that Ad Astra doesn’t land some of the same mindblowing haymakers that you’ve come to expect from your standard sci-fi flick, as there are multiple remarkable set pieces throughout the film. But it’s important to note that if you walk into the theater expecting space lasers and lightsaber knock-offs, you’re going to be disappointed.

Ad Astra is a film not only about space but our place in it. It’s a film that wonders if our endless quest for the answers of about genesis inherently disconnects us from that which makes us human. It’s a film that makes you question not what’s out there, but what’s in here.

Eric is a New York City-based writer who still isn’t sure how he’s allowed to have this much fun for a living and will tell anyone who listens that Gotham City is canonically in New Jersey. Contact him on Twitter @eric_ital or via email eric@brobible.com.