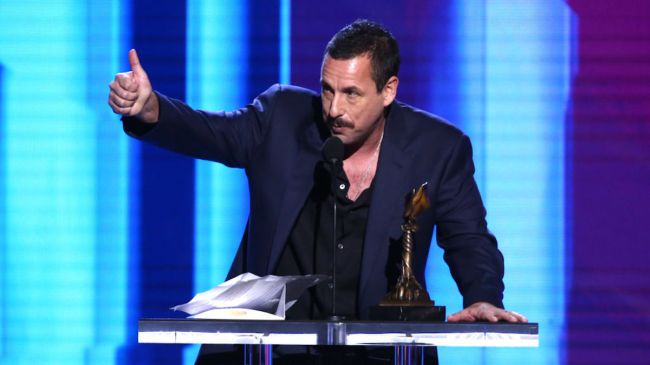 What’s so unique about Adam Sandler is that while the quality of his films clearly isn’t what it used to be, that fact hasn’t remotely affected his popularity. Sandler remains as popular and as profitable as ever. Just ask Netflix, who signed extended Sandler with a new four-movie, $275 million deal back in early 2020.

Some of the work he’s put in since has been the usual Sandler shlock like the so-bad-it’s-good Hubie Halloween. But then, earlier this summer, he starred in Hustle, which has a 93% Rotten Tomatoes score and served as another reminder that Sandler still remains effective when he turns on the dramatic chops.

His next Netflix feature is perhaps the most exciting of them all as he’s starring alongside Oscar winner Carey Mulligan and renowned dramatic actor (and rising star courtesy of The Batman and The Fabelmans) Paul Dano in a sci-fi drama titled Spaceman.

The reason — in my estimation, at least — that Sandler has been able to survive so many critical flops during his career is actually quite simple: people just like him. Sandler is an extremely likable dude. Despite being worth almost half a billion dollars, he dresses like a middle schooler on a Saturday and his favorite hobby appears to be playing pick-up games of basketball at local parks.

It should come as no surprise then that through this combination of a laid-back mentality, a three-decade-long career in Hollywood, and *a lot* of money, Sandler not only isn’t all that bothered by bad reviews — “Sometimes [they do},” he said, “Mostly because I invite all these amazing people I care about to make movies with me, and I wish they didn’t have to read sh*t about whatever we’ve made” — but his reason why is incredibly touching.

“I always remember something my father said. He was a tough bastard. He went through ups and downs in his life, like not having work for a year or two and not telling us,” Sandler said in a recent interview with AARP.

“I recall one time that something didn’t go right for me. I bombed onstage or didn’t get an audition. I was upset and probably embarrassed. And he said, “Adam, you can’t always be happy. People aren’t always going to like you. You’re going to fail.” I said, “But I just want to be happy, man. I don’t want all that other crap.” He said, “You won’t actually know you’re happy if you don’t feel that other stuff.”

Adam Sandler is proof that money doesn’t have to change the decency of your character. Keep being you, Sandler. As an absolute sucker for space movies, I cannot wait for Spaceman (hitting Netflix next year).