Someone Paid Nearly $5,000 For Panties Belonging To Hitler’s Wife 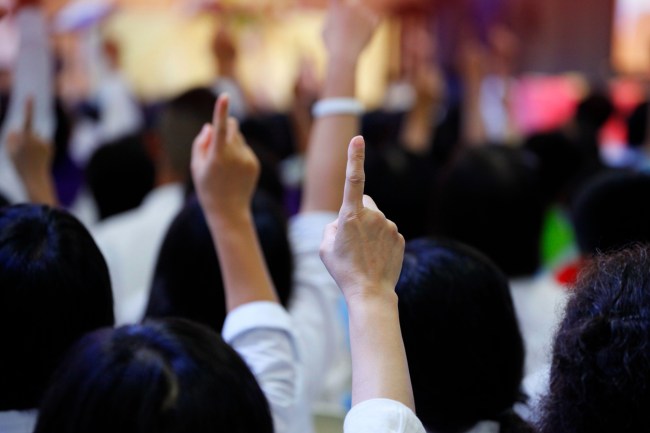 There are plenty of history buffs who collect World War II memorabilia. Some are interested in the weapons of the time such as a Luger Model 1908, Beretta .33 caliber, an MP-40, hand grenades, and flamethrowers. Some collect medals, awards, and medallions. While others collect helmets and uniforms. Then there’s the guy who spent nearly $5,000 for the panties allegedly belonging to Hilter’s wife. That’s kind of weird.

A pair of silk pink panties that allegedly belonged to Eva Braun, Adolf Hitler’s wife, sold for $4,623 at a British auction this week. There is no actual proof that the underwear was previously owned by Hitler’s wife. He simply took the auction house’s word and bought the monogrammed undergarment. No DNA test or anything.

So this means that someone else held onto the panties for over 80 years, waiting to cash in on someone with a very, very odd fetish to hand over five big ones. A word of caution to the new owner of the panties, probably best to not sniff them as they might still have cyanide residue on them.

As if things weren’t already bizarre enough, the same bidder also bought Eva Braun’s stained white lace nightdress for $3,247 from Humbert & Ellis Auctioneers. This is definitely proof that people have way too much expendable income. The bidder from the U.K. who got Hitler’s chick’s undies and nightdress was anonymous of course. Both intimate items allegedly came from a “significant” private European WWII collection.

“There continues to be a perennial interest in personal artifacts from such notorious high-level World War Two figures and accordingly such items, even without provenance, command high prices,” auctioneer Jonathan Humbert said in a release.

Eva Braun was Hitler’s longtime girlfriend up until they got married, one day before they died. On April 30, 1945, the then-33-year-old Braun committed suicide via cyanide pill and Hitler shot himself as Soviet forces were coming for them in their bunker.

Imagine you’re the World War II memorabilia collector, and you have an entire room dedicated to your wartime collectibles. You invite friends over to gawk at the 80-year-old relics. Maybe you have a periscope from the HMS Shark, an S-class submarine of the British Royal Navy. You have a U.S. naval officer cap, a Japanese mortar shell. Then your friends stumble upon your latest addition to your collection and ask: “What’s up with the women’s underwear?” You have to explain that it might by Adolf Hitler’s wife’s panties. You’ve kind of crossed the line of World War II collector to weird creepy dude.