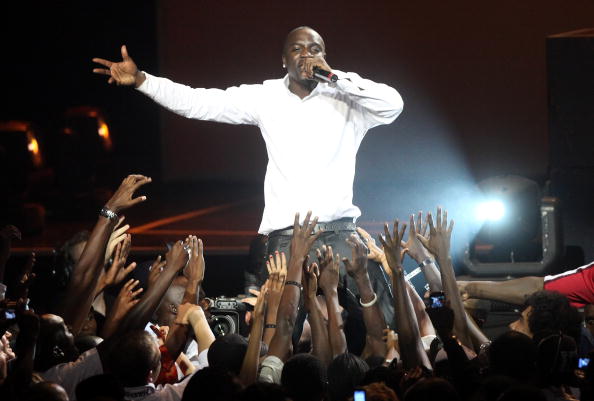 What were your ambitions when you woke up this morning? To make it to work and be less than 25 minutes late? To use your new deep fryer to deep-fry peanut butter and jelly sandwiches? You’re going to need to do more to even try to keep up with the lofty ambitions of musical artist Akon. The “Locked Up” singer wants to launch his own cryptocurrency and build a real-life Wakanda from the movie Black Panther. KONVICT! MUSIK!

That’s right, the man who famously said, “I’m trying to find the words to describe this girl, without being disrespectful, damn you’se a sexy bitch” and “Smack that, give me some more, smack that, ’till you get sore, smack that, oh-oh-oh-oh-oh, smack that, all on the floor,” is not only creating his own digital currency but also forming his own crypto-city.

The name of Akon’s cryptocurrency is of course called “AKoin.” The cryptocurrency from the multi-platinum selling artist will “create opportunity and inclusion for youth entrepreneurs by allowing consumers to buy, hold, and spend cryptocurrency right from their smartphone through a suite of blockchain-powered apps.” The AKoin Ecosystem “unlocks the potential of the world’s largest emerging economy through the creation of a stable currency and innovative, revenue-generating opportunities that stimulate and support youth entrepreneurship, economic stability, and growth across Africa and the world” according to the AKoin website.

Akon plans to use the cryptocurrency to construct a “100% crypto-centric city” in Senegal and has already been given 2,000 acres of land by the Senegalese President. The blockchain-based city will be named after the “I Wanna Love You” singer and will be called “Akon Crypto City.” The city will be “futuristic” and modeled after the fictional city of Wakanda. When asked about the technical intricacies of the blockchain-based city Akon said, “I come with the concepts and let the geeks figure it out.” KONVICT! MUSIK!

Akon does have experience in improving the human condition and his Akon Lighting Africa project provided solar power solutions in 18 countries in Africa. Good luck to Akon and his benevolent and ambitious plans. On a side note, you forget how gigantic Akon was in the 2000s and how many hit songs he had. KONVICT! MUSIK!