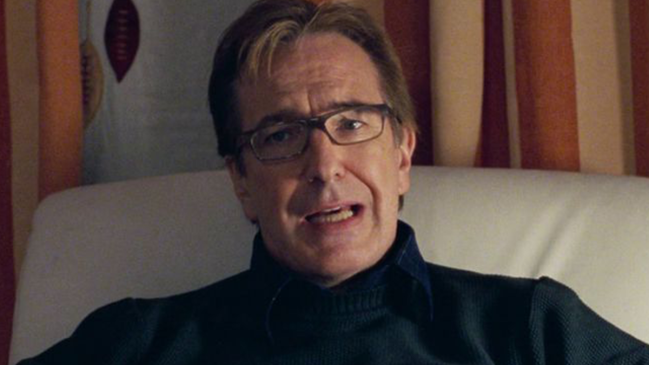 Love Actually is one of the more recent additions to the Christmas Movie Canon as well as one of the most divisive, as it’s ended up at the center of countless video essays, podcast, and thinkpieces with titles like “Love Actually? Well, Actually…” examining its various faults and certain aspects that have aged less than gracefully since its release in 2003.

The romantic comedy is undoubtedly coated in a lacquer of sickly sweet sappiness and hits you over the head with a retroactively laughable amount of post-9/11 optimism that has largely aged like a glass of hot milk. With that said, basically every member of its star-studded cast understood the assignment and deliver the solid performances that make Love Actually what it was always supposed to be: a cheesy, feel-good, and largely enjoyable guilty pleasure that offers a unique twist on the typical Christmas movie formula.

There are some Love Actually haters out there who’d argue the veneer of holiday cheer and sentimentalism baked into its DNA minimizes the flaws of a few characters with some fairly glaring personality traits. The most obvious example is Weird Sign Guy and his stalkeresque obsession with his best friend’s wife, but the same can be said for Harry, the aspiring philanderer portrayed by Alan Rickman.

Harry’s primary storyline is his quest to hook up with his secretary while trying to keep his wife (Emma Thompson) in the dark. While that particular subplot isn’t exactly the most heartwarming thing in the world, it does manage to produce a few entertaining moments—none of which top his attempt to covertly purchase a necklace for his work fling from the salesman played by Rowan Atkinson of Mr. Bean fame.

Rickman’s escalating exasperation with the increasingly elaborate gift-wrapping ceremony absolutely exudes through the screen, and based on what Love Actually director Richard Curtis had to say about how it came together, he wasn’t really acting that much at all.

Curtis talked about the scene in question on The Laughter & Secrets of Love Actually: 20 Years Later special a slightly overeager ABC aired on Tuesday night (the movie won’t celebrate the 20th anniversary of its theatrical debut until next year, although production was technically underway at this point two decades ago).

During his sitdown with Diane Sawyer, Curtis revealed Atkinson was given plenty of freedom to show off his comedic chops and took full advantage at the expense of the late, great Rickman, who likely spent much more time on set than he anticipated:

“Rowan was just taking his time. So, he would do 11-minute takes.

This just goes to prove all true art requires at least a little bit of sacrifice.