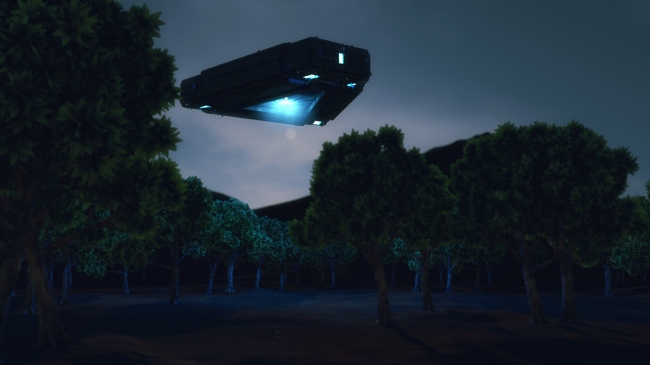 Aliens are real, according to Haim Eshed. He also says that aliens are not only on Earth, but politicians have negotiated with the space invaders for peace at an underground base on Mars. While many people have made the claim that extraterrestrials exist, Haim Eshed is not your garden variety alien truther.

Haim Eshed served as the head of Israel’s security space program from 1981 to 2010. Eshed is a three-time recipient of the Israel Security Award, twice for confidential technological inventions. Eshed earned a bachelor’s degree in electronics engineering from Technion, a master’s degree in performance research, and a doctorate in aeronautical engineering.

He worked in the technological unit of the Israel Defense Ministry’s Intelligence Division in the 1960s. While in the IDF, he became the first director of the Challenge Program, a unit of the Administration for Research, Development of Weapons and Technological Infrastructure. Eshed directed the launching of 20 Israeli satellites. He retired with the rank of lieutenant colonel. Eshed was employed as a professor at the Technion’s Space Research Institute.

In other words, Eshed has an extremely impressive résumé that doesn’t exactly scream that he is a kook. But, boy oh boy, does Eshed have some unbelievable claims.

“The UFOs have asked not to publish that they are here, humanity is not ready yet,” the esteemed space agency pioneer told the Israeli paper Yedioth Aharonoth. “Trump was on the verge of revealing [the existence of aliens], but the aliens in the Galactic Federation are saying: ‘Wait, let people calm down first.’ They don’t want to start mass hysteria. They want to first make us sane and understanding. They have been waiting for humanity to evolve and reach a stage where we will generally understand what space and spaceships are.”

President Donald Trump, who may need to pivot from “American First” to an “Earth First” strategy, would probably say, “I make the best intergalactic deals.” Also, the Space Force seems like a BFD right about now.

“There’s an agreement between the US government and the aliens. They signed a contract with us to do experiments here,” Eshed said, according to the Jewish Press. “They, too, are researching and trying to understand the whole fabric of the universe, and they want us as helpers. There’s an underground base in the depths of Mars, where their representatives are, and also our American astronauts.”

Cool. Men in Black is real.

Eshed acknowledges that his spectacular claims sound pretty unbelievable, but confesses that now is the time to release the alleged secrets that he knows.

“If I had come up with what I’m saying today five years ago, I would have been hospitalized,” the 87-year-old Eshed admits. “Wherever I’ve gone with this in academia, they’ve said: ‘the man has lost his mind.’ Today they’re already talking differently. I have nothing to lose. I’ve received my degrees and awards, I am respected in universities abroad, where the trend is also changing.”

I, for one, welcome our new extraterrestrial overlords.

Would it really surprise you that 2020 ends with aliens not only making their existence officially known, but it comes out that President Trump has been negotiating with them for some time?