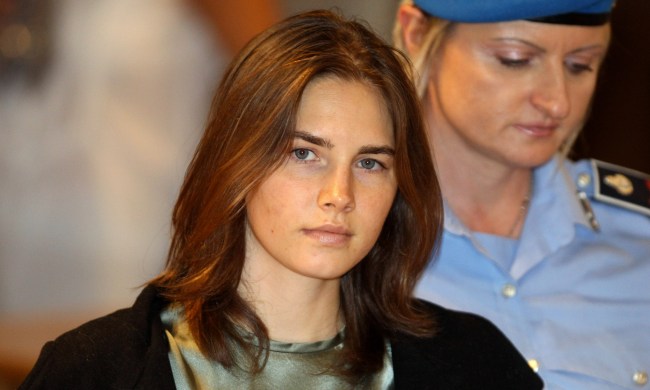 It’s been 13 years since Amanda Knox was convicted of the murder of Meredith Kercher, her fellow exchange student roomate in Italy. And it’s been five years since she was acquitted of the crime by the Italian Supreme Court.

Knox, the subject of a fascinating Netflix documentary that was released in 2016, spent almost four years in prison after found guilty of faking a break-in, defamation, sexual violence, and murder, resulting her receiving a 26 year sentence.

In 2011, Knox received a second trial and was found not guilty. In 2014, she was tried again for the crimes and found guilty despite not being present at the trial.

Following her acquittal, Italy was ordered to pay Knox 18,400 Euros ($20,564 in today’s dollar). Not much recompense for serving four years in prison from the age of 20 to 24 when one is not guilty.

Knox has since released a memoir, Waiting to Be Heard and hosted a Facebook Watch show The Scarlet Letter Reports.

She also married in December 2018 to a man named Christopher Robinson. Around that time they also created a website asking for donations to help the couple pay for a space-themed wedding, or “coalescence” as they referred to it.

Let’s face it, we don’t need any more stuff. So please, no gifts, and no pressure. But if you feel so inclined, we welcome help putting on the best party ever for our family and friends!

Instead of a traditional registry, we’re accepting donations towards the cost of the wedding. Everyone who donates will receive a signed, limited edition copy of The Cardio Tesseract, our joint book of love poems, forthcoming from Alephactory Press. Or if you have any services to offer, advice, or warm wishes, we’ll take that, too.

On the site, Knox and Robinson set up numerous donation levels ranging from $25 for black lights and fog machines, centerpieces, and attire all the way up to $2,000 for an A/V time capsule.

If you shelled out the $2K the couple would send you a special video from the future, reading you an excerpt from the Encyclopedia Galactica, whatever the fuck that is. 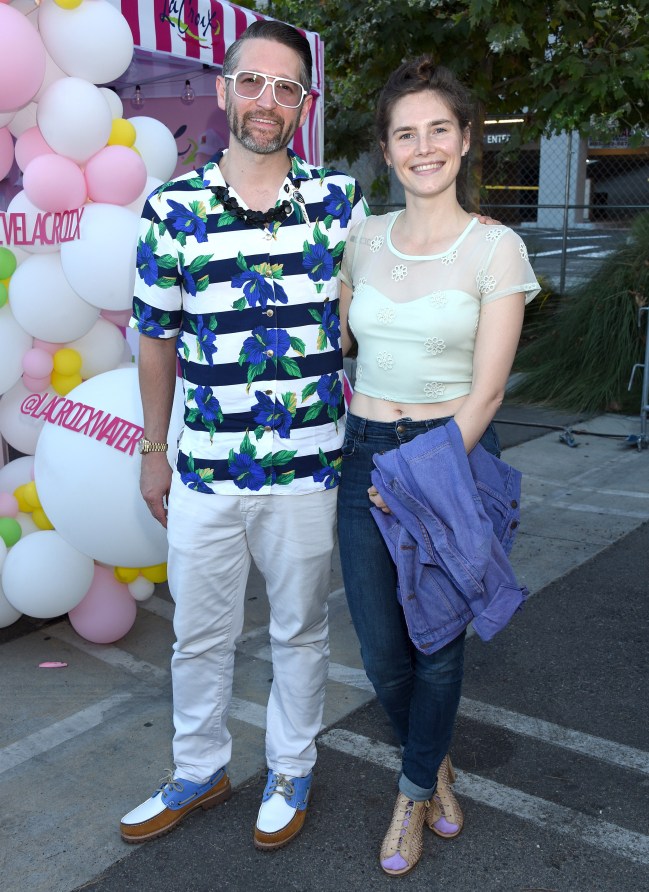 For a $500 donation, “we’ll be able to add an extra sparkle to every little corner of this production. And when Madonna’s ‘Lucky Star’ comes on, we’ll shout you out on the dance floor.”

For $1,000, “With your help, our coalescence will become ever grander in scale, with more outrageous costumes, crazier puzzles, mind-bending sets, and extravagant alien food. And when the Beastie Boys’ ‘Intergalactic’ hits the crowd like a supernova, we’ll be shouting our praises to you!”

Other options included $150 to pay for set-builders and materials; $100 for LEDs, projectors, and hidden wires; $75 for babysitting; and $50 to stock the open bar, among other things.

Every donor, regardless of amount, received a signed, limited edition copy of their book of love poems, The Cardio Tesseract.

Apparently they finally received enough donations because Knox, 32, and Robinson, 37, finally had their second wedding, this time with their desired space theme as they were married, again, in front of family and friends in Washington State, according to RadarOnline.

In January, Knox posted a photo of herself wearing “literally the very same sweatshirt and sweatpants I lived in” while in jail in Italy with the caption, “40 days left until the wedding and 267 tasks left on the wedding To Do list. I’ve locked myself in the craftroom and I’m wearing my old prison uniform.”

40 days left until the wedding and 267 tasks left on the wedding To Do list. I've locked myself in the craftroom and I'm wearing my old prison uniform. Literally the very same sweatshirt and sweatpants I lived in in Casa Circondariale Capanne, Perugia.