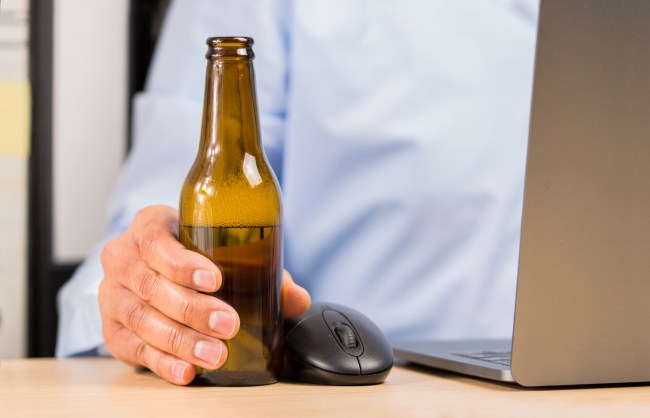 My “moving to New York City” story is about as cliche as they come, as my sanity reserves were running dangerously low after living with my parents for a few months while trying to find a job after graduating. As a result, I jumped at the first opportunity to come my way and hopped on a train with nothing but a duffel bag filled with clothes and a dream of making it in The Big Apple.

However, if I had taken around ten seconds to do a bit of math, I would’ve realized the laughably low salary I’d agreed to work for was nowhere close to being able to get me as far as I imagined it would. After spending two weeks sleeping on various couches, I finally found an apartment to live in with four other dudes in a sketchy neighborhood that blessed me with an hour-long commute (assuming the two subway transfers required to get there lined up just right).

At the time, I assumed this was just part of the grind, and on the bright side, my office had a beer tap in the kitchen. However, I eventually started to question what the point was when I realized the vast majority of interoffice communication was facilitated by Slack and it was clear I was being judged for pouring myself a cold one before 5 P.M.

As a result, I had a truly eye-opening experience when I started working from home a few years ago. Sure, it takes some getting used to, but once you experience the wonders of what life is like without a commute, a dress code, or the need to shave on a regular basis, you can’t help but wonder how you put up with the daily grind for as long as you did.

Over the past few weeks, an enormous chunk of Americans also realized they’ve been lied to as they’ve been introduced to the wonders of doing a job they were told required them to come into the workplace from the comfort of their own home.

This newfound freedom can be incredibly liberating, but as I alluded to above, the transition can be a bit difficult, as with your independence comes plenty of temptations you didn’t risk succumbing to when you constantly had someone looking over your shoulder.

Drinking on the job is traditionally frowned upon, but in my experience, the devil on your shoulder will try to convince you it’s not such a big deal—and according to a recent survey conducted by Alcohol.com, he’s doing a pretty damn good job convincing remote workers.

3,000 people from every state across the country were asked about whether or not they’re imbibing on the clock during these current times and around 33% of them admitted to doing so. Some states are having an easier time than others resisting—Arkansas had the lowest number at 8%—but others are finding it a bit more difficult, as half of the respondents in New Hampshire in Virginia said they were guilty, which sounds like a lot until you take Hawaii’s 67% into consideration.

Here’s the full map for your perusal.

The survey found beer is the drink of choice when it comes to deciding to be socially unacceptable and also addressed some more general questions, as 33% of people said being cooped up is causing them to drink more and 20% admitted to raiding the liquor store to stockpile booze (which is honestly the correct strategy for these times).

Is this a healthy habit in the long run? Probably not. With that said, given how unprecedented this situation is, I think we should get a temporary pass.