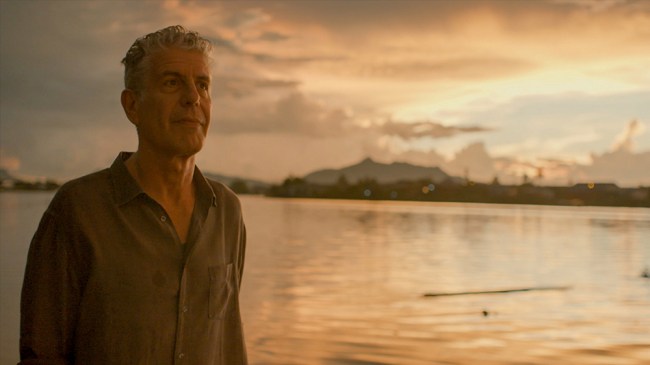 The passing of Anthony Bourdain is one of the few celebrity deaths that truly sticks with and affects me. Him, Mac Miller, and Robin Williams — that’s my trio right there. Despite never knowing any of them, I think about them and miss them almost every week.

Part of the appeal of all three of them is that they were unabashed about who they were and virtually nothing could deter them from that. That was a quality that Bourdain, in particular, was revered for, as his no-bullshit style of living came to inspire millions across the globe.

Perhaps unsurprisingly, it turns out that Bourdain stuck to his guns in his private life, too, as it’s recently been discovered that the famed chef, author, and explorer had a secret Reddit account that he used to discuss martial arts, defend those with addiction struggles, and crack jokes about Steven Seagal.

A new piece by Rolling Stone delves into the many posts of Reddit user “NooYawkCity,” who turned out to be Bourdain himself. His favorite forum was for Brazilian jiujitsu, which he began practicing — and excelling at — over his last several years. He never outright admitted his identity, but fellow Redditers eventually came to recognize his hyper-articulate and punchy musings.

“[Steven] Seagal is a ‘deadly mofo’ if you get between him and the all you can eat pasta bar,” Bourdain once wrote. “The hair is definitely dead though. A wad of that Dynell weave comes undone during a fight with Lightning Chunks of Death and you could choke.”

One time a troll came up with a highly offensive idea for a reality show, where ex-addict celebrities are given drugs to relapse on. Bourdain, who struggled with a drug habit he had in his younger days, was not amused. “You are a terrible human being,” he wrote. “You richly deserve to lose sphincter control and seep slowly, steadily and fragrantly into your My Little Pony undies for the rest of your life.” [Uproxx, via Rolling Stone]

As Rolling Stone writer Alexander Darwin puts it, the Reddit account represented “the truest Anthony Bourdain, writing simply for the sake of it, unburdened by his reputation.”

Every new tidbit we learn about Bourdain’s life makes us miss him even more. He was truly one of a kind. Rest easy, Anthony.