H.S. Senior Who Spent 10 Hours Cleaning Up After Protest Gifted A Car And College Scholarship For His Good Deed 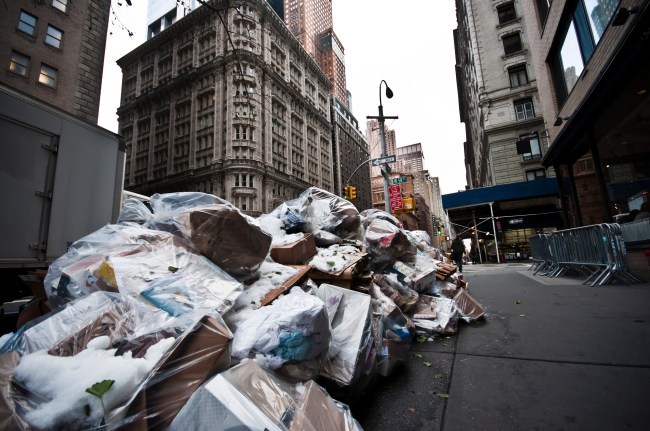 Antonio Gwynn is an 18-year-old from Buffalo, New York who watched last week as the city he calls home was the host of large scale protests where a ton of waste was left on the streets after the crowds had disappeared.

The H.S. senior said he watched the protests on Facebook Live and was disturbed by how trashed the streets were so he went out and picked up trash for 10 hours overnight. Now, he’s been met with an outpouring of generosity from the local community.

According to WKBW/CNN, Antonio said he ‘felt disgusted’ and his ‘nerves were bad’ watching the destruction on Facebook Live. He left his house in the middle of the night to go clean up the streets of Buffalo for 10 straight hours, something he says his mother who the family lost in 2018 would’ve done. When locals heard about the good deed they started paying back the good deed in interesting ways.

Buffalo resident Matt Block gifted the 18-year-old H.S. senior his 2004 red convertible Ford Mustang. An employee from a local insurance agency gifted him free insurance for a year. And while Antonio was previously planning on going to trade school, a local college has now offered him a full ride.

When Matt Block heard about Gwynn’s good deed, he decided to pitch in by giving the 18-year-old his 2004 red convertible Mustang.
“I couldn’t come to grips with selling it, and this was a good way for me to get rid of it and know someone that gets it is going to appreciate it, I think,” Block said.

Bob Briceland from Briceland Insurance Agency will be covering Gwynn’s insurance for one year.
“I just felt compelled to help him out. We just need to get together our whole city and show people how there’s so many good people here,” Briceland said.

Gwynn says he has also been offered a full ride to Buffalo’s Medaille College. The high school senior had originally planned to go to trade school and save up for college. Now, he can complete that goal right away, studying business and mechanics on the side.
“I literally stopped, pulled over and started crying. So did my great aunt, and my little cousin did, also,” Gwynn said. “It doesn’t feel real. It feels like this is a movie going on.” (via WCTV)

His late mother also drove a red Ford Mustang so this generous gift was even more special because of the connection to his late mother.

What a fabulous gesture by ANTONIO GWYNN JR 18 in Buffalo / my STAR OF THE NIGHT – Read about this winner in the Game of Life ! https://t.co/HKbHMDl5jV

At 2:00 in the morning, Antonio Gwynn Jr. grabbed a broom & trash bags, and went out alone to clean up Bailey Avenue after the Buffalo NY protests. He never imagined he'd be rewarded for with a car and a college scholarship. #GoodNewshttps://t.co/1i59ZLqWFP

He intends to one day start a car repair shop of his own, something he says he hopes his mother would be proud of. He says his dream has always been to be someone that can help everyone with their car problems and this outpouring of generosity from Buffalo residents is an incredible opportunity for him to realize that dream one day.

He’s a member of Kappa Phi where they regularly help out at local Churches and participate in community service. There isn’t a doubt in my mind his mother would beaming with pride at his actions and how the community responded, any parent would be proud to see their son cleaning up after protests left the streets trashed.