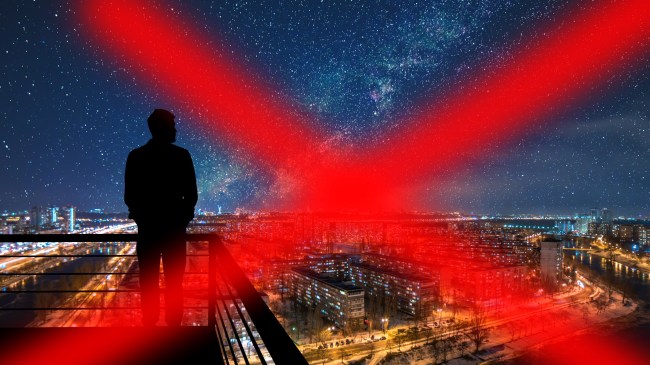 A bizarre apartment complex with balconies on the inside of the building has the internet perplexed and more than a little creeped out.

That’s right. The balconies (definition: a platform enclosed by a wall or balustrade on the outside of a building, with access from an upper-floor window or door) are inside, like in the hallway, facing the other apartments across from them.

Based on the thousands of reactions to this strange apartment building with balconies on the inside, it appears that this complex is located somewhere on the campus of Virginia Tech.

Footage from inside the unusual apartment building recently went viral on TikTok when shared by user Rachel (@rayyy.of_sunshine), who says she actually lives in the complex.

“This the WEIRDEST apartment complex I’ve ever seen,” she wrote.

Commenters on Twitter and TikTok were left stunned and a little frightened by the images.

What the fuck is this https://t.co/bUP2etenE3

that what i thought but it's apartments lol

Lmao this is where I went to college, it’s a off campus student housing complex probably designed by a complete idiot, but the inside of the rooms are totally normal

In a couple of followup videos, Rachel attempts to explain the logic behind this weird AF building.

“Apparently there are balconies because some rooms literally don’t have windows and apparently, that doesn’t meet fire code. But if they have a balcony, then it’s fine because if there’s a fire, then they can jump from the balcony. Hence, the creepy ass balcony. IDK, don’t quote me though,” she wrote in one video.

“U better run,” one viewer on TikTok wrote.

“This makes me uncomfy,” commented another.

“Careful, this is that underground place in the movie Us,” someone else wrote.

“My mom lived there!!” another viewer commented. “They had crazy parties in the common area and once had a DJ on a balcony. She loved it.”

“I’ve partied in that hallway before, haha,” wrote another commenter.

She has also, according to another TikTok video, gotten numerous comments that people have been dreaming about the place since seeing her original video.

Thankfully, the inside of the apartment looks relatively normal.

Shortly after her first video went viral, she moved.

You know who would really love this apartment complex with the balconies on the inside?