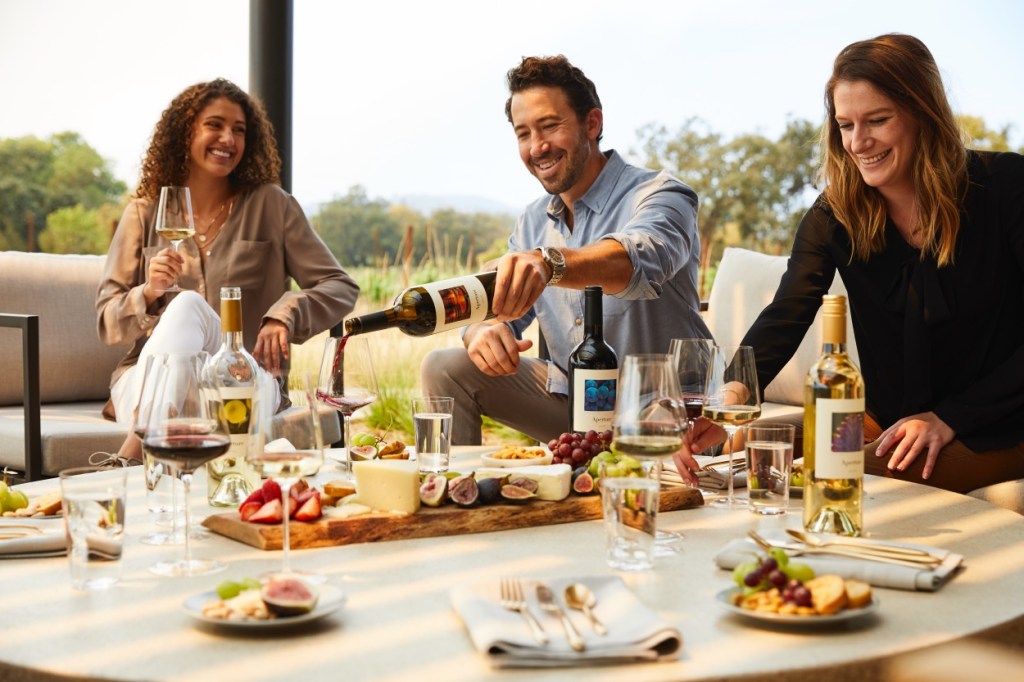 I know I often write about whiskey around here at BroBible but the truth is, on any given night you’re more likely to find me drinking wine than Bourbon or Rye.

I’ve appreciated wine for most of my adult life but like many people my age, I got bitten by the Somm bug when that movie came out and became fascinated by the competitive drive that pushes some people to learn anything and everything there is about wine.

One of those people who was also touched by Somm is former Super Bowl champion Will Blackmon who played 12 seasons in the NFL before venturing into the world of wine. He’s now known as the “NFL Wine Guy” and has since launched a VIP wine concierge service for high-end clients, many of whom are in the world of professional sports.

I recently joined a Zoom call where Will Blackmon moderated a discussion between Joe Harden of Far Niente Family of Wineries and Vineyards (Nickel & Nickel) and Jesse Katz who is the winemaker and founder of Aperture Cellars and Devil Proof Vineyards.

Jesse has made some private label wines for celebs like Eli Manning, the Lakers organization, Tony Hawk, and Justin Timberlake. I was curious what the challenges were in making wine for such a demanding clientele were and I was fortunate that he was able to take me through the entire process of creating a private label wine for the elite. Here’s my question and his in-depth answer:

Cass: Are there any unique challenges with creating private label wines for celebrities and athletes with regard to price and quality? Meaning that they might be turned off from something that you’d price affordably out in the real world because they want something on the higher-end? And how does that process of making wine change for someone like Tony Hawk or The Lakers who are out in California versus someone like me on the East Coast who isn’t surrounded by wine year-round?

Here’s what Jesse had to say about how he chooses his clients and where most of the proceeds go:

“I say no to a lot more products than yes in this day and age. I can be pretty picky about the partners that we’re looking to do this with. And sometimes it’s just a one-barrel blend and for me, it’s more about if my names’ going to be associated with it, what’s the quality of that at the end of the day.

All of the celebrity and athlete labels that I’ve done so far, with the exception of a wedding one that I did for Justin Timberlake and Jessica Biel because it was for the wedding, everything else has had a charitable element. So it wasn’t necessarily a business-minded sense behind it with trying to get an ROI behind it and create a profit. There was a charity and a foundation. That was the mindset. In the last 6 years, we’ve raised $1.5 million for charities and all these different foundations.”

As for the process of making the wine and how involved each client is, there’s a ton of variance. Some are super hands-on and others put the ball in his court and let the winemaker make world-class wine. He spoke about the differences between Tony Hawk’s private label and making a wedding wine for Jessica Biel:

“Sometimes when I work with these celebrities or athletes they want to be involved in every element of the blending. They want to be out in the vineyards. And sometimes they call me up and say ‘hey, we went to you because we love your wine and what you’re doing. Come up with something and we’ll taste it together. And why I’m hiring you is because I know you put out a great product.

If it’s a ‘one barrel’ for a charitable giving, I have no problem taking that under my wing and kind of putting together some unique blends that would be specific to that client. If this is going to be an ongoing project where we’re going to make wine year in and year out then we’re going to have a specific vineyard site/vineyard block designated to label no matter if it’s a celebrity or athlete. Just so there’s a consistency year in and year out from that product.

When we did Tony Hawk’s wine. Tony was really involved in the design. Had his signature on the label. But he came out to the winery a couple of times, tasted some blends, he was pretty stoked on all of them and so I put together my favorite blend that I liked.

I’ve worked with Justin Timberlake and Jessica Beal who are super into wine. They were out here all the time and they’ve become good friends. And we were drinking a bunch of wine and kind of playing with blends and it was probably 20 to 30 iterations of blends before we got to that final product. So it really depends on the client but my job and what I always say is whatever goes to bottle will be a spectacular wine that anyone would be proud to put their name on.”

How stunning is the view from this winery???! 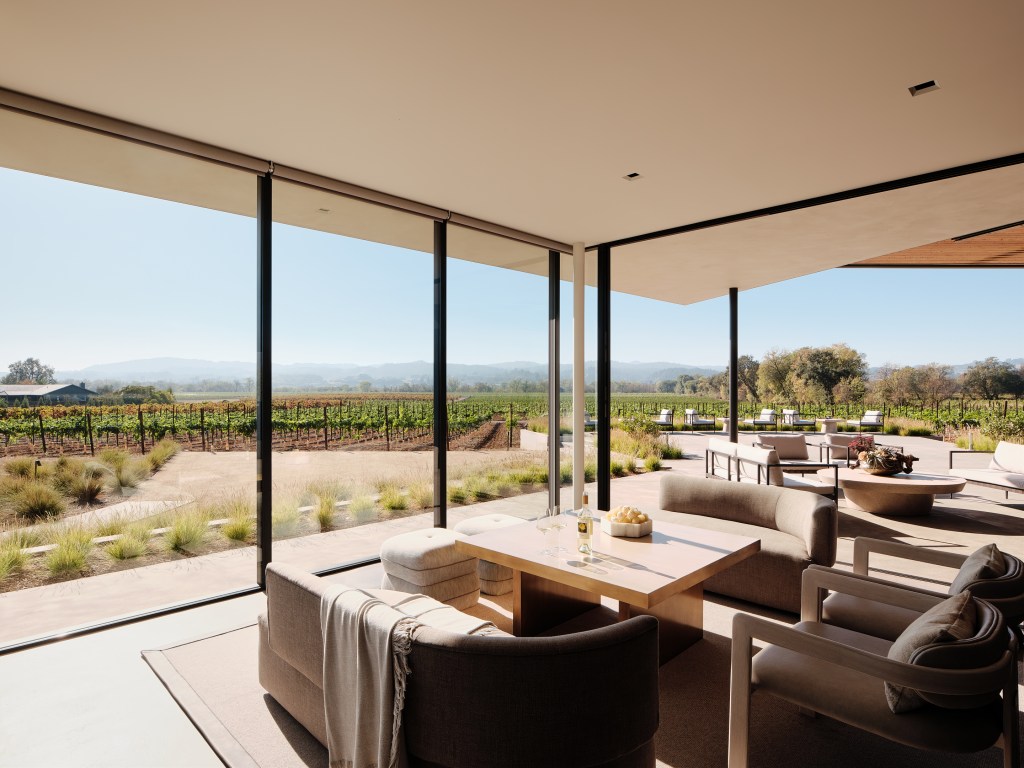 Jesse did mention that he’s said ‘no’ to some “big name folks” when approached about making a private label wine. He didn’t throw out any specific names but said the times he’s said no is because the timing in his life wasn’t right or their long-term goals might not have been aligned with his.

As for the price of these wines. He said usually not an inexpensive bottle. If it’s with a group like the Navy SEAL Foundation and the proceeds are going to charity then it can easily be $1,000 per bottle with all of his time and effort also being donated to charity.

If you’re not familiar with Jesse’s Aperture Cellars and Devil Proof Vineyards, you need to be. Jesse produces primarily Bordeaux varietals at Aperture which strives to be an expression of art inside the bottle. I’d only had Aperture once before this tasting and I was immediately remind of how special these wines are at the first sip. Over at Devil Proof Vineyards, you’ll find two dry-farmed 100% Malbec single vineyards which have received the “highest rating of the varietal from California from Robert Parker, Jr., Wine Enthusiast, and Wine Spectator.”

To learn more about Jesse’s wines and Aperture Cellars + Devil Proof Vineyards you can click here to visit his vineyard’s websites.

The other winemaker on the call was 6’7″ Joe Harden who’s quite possibly the tallest/biggest winemaker in the Napa Valley. Joe studied enology degree at UC Davis before briefly playing pro basketball but then leaving that behind for an internship at the Robert Mondavi Winery.

These days, Joe’s a winemaker at Nickel & Nickel Winery, where he produces the 100 percent varietal, single-vineyard Cabernets for Nickel & Nickel which is one of my absolute favorite wines. It was interesting to hear Joe, who has a natural pipeline into the world of professional athletes, discuss the similarities between wine and sports. 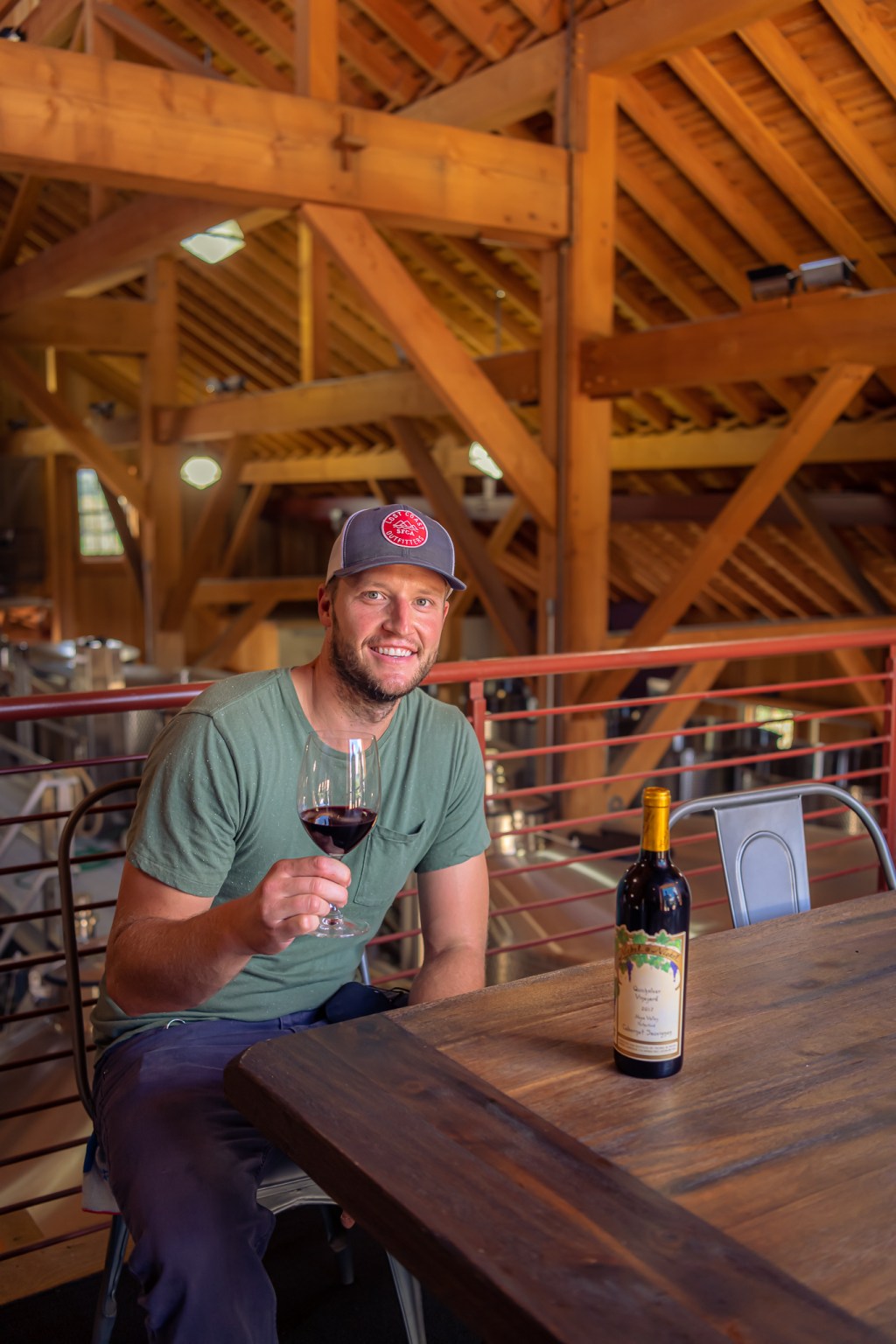 There’s this connection that athletic and highly-motivated people seem to make with wine because the process draws them in. Most people go to the store or buy a bottle without realizing the intense labor and personal touch that went into growing the grapes and turning it into wine.

He likened it to Usain Bolt training his ass off for 8 months just for a 9-second race. The process that got him to that race, the countless hours of training and preparation, that’s not too far off from the moment you uncork a truly special wine. Here’s what Joe had to say:

“Think of Usain Bolt training 8 months for a 9-second race. That’s that kind of process that it takes. I believe once these players learn about that process and what it really takes. They get to learn bout what really happens, the process from harvest to drinking, they love that.

There’s a lot of similarity with sports. A bunch of people from different ethnicities and backgrounds going forward and crushing ahead. That’s why I like it. There’s so much about getting your physical body ready for harvest and getting everyone working together. That’s why I love having these guys/friends come and visit. It totally opens their minds to this world.”

To learn more about Joe’s wines at the Nickel & Nickel Vineyard you can follow that link to their website. 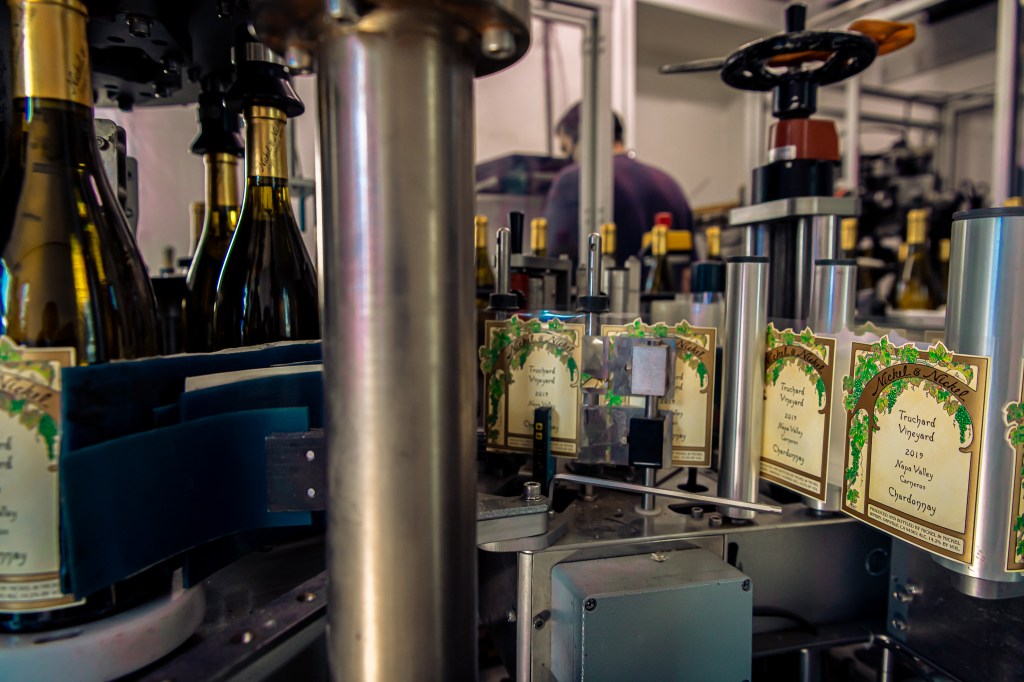