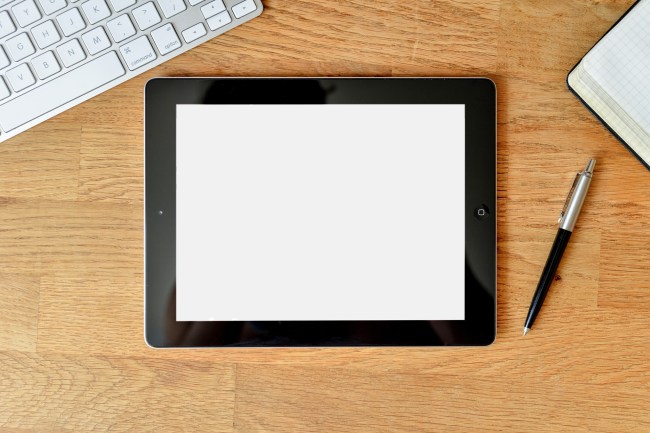 You will have to indulge me here because it’s been months since I watched the most recent season of Showtime’s Billions but I’ll give you a surface level recap of one of the episodes. Essentially, Chuck Rhodes was trying to trade a rare universal NYC parking pass for an even rarer gun permit for one of his clients but he kept running up against people who were like ‘dude, I already have this parking permit.’ And this is EXACTLY how I imagine this real-life scenario involving Apple’s Global Security Chief went down before he was indicted.

The indictment alleges Thomas Moyer, who is Apple’s Global Security Chief, tried to bribe his way to four concealed weapons permits in Santa Clara, California in exchange for 200 iPads. In my imagination, everyone he approached was probably like ‘dude, we already have iPads and they’re lame products to begin with’ but I’m sure the reality of the situation was very different.

It’s odd to see such a high-profile figure indicted for something like this and another pretty wild aspect to this story is the investigation took TWO YEARS according to the District Attorney’s press release:

The defendants will be arraigned on January 11, 2021 at the Hall of Justice in San Jose. If convicted, the defendants could receive prison time.

The two-year investigation by the District Attorney’s Office revealed that Undersheriff Sung, aided by Captain Jensen in one instance, held up the issuance of CCW licenses, refusing to release them until the applicants gave something of value.

In the case of four CCW licenses withheld from Apple employees, Undersheriff Sung and Cpt. Jensen managed to extract from Thomas Moyer a promise that Apple would donate iPads to the Sheriff’s Office. The promised donation of 200 iPads worth close to $70,000 was scuttled at the eleventh hour just after August 2, 2019, when Sung and Moyer learned of the search warrant that the District Attorney’s Office executed at the Sheriff’s Office seizing all its CCW license records.

It wasn’t just iPads either. The indictment alleges that Undersheriff Rick Sung was promised $6,000 worth of ‘luxury box seat tickets’ to a San Jose Sharks game for Valentine’s Day last year.

To harken back to the Billions connection, it was pretty hilarious on the screen to watch everyone reject Chuck’s supposedly awesome parking permit that someone everyone already had. I wouldn’t say that I’m in the habit of staring into people’s windshields to look at their parking permits but I recall seeing a federal judge’s license plate + parking permit in the Upper East Side once right across from Carl Schurz Park and thinking that was the first time in my life I knew for certain a car could not be ticketed, touched, or towed. It was the ultimate ‘Big Swinging Richard’ of parking passes.

Anyway, it’ll be interesting to see how all of this plays out in the courts with Apple being one of the most high-profile companies on the planet. You can read the full press release here if you want.