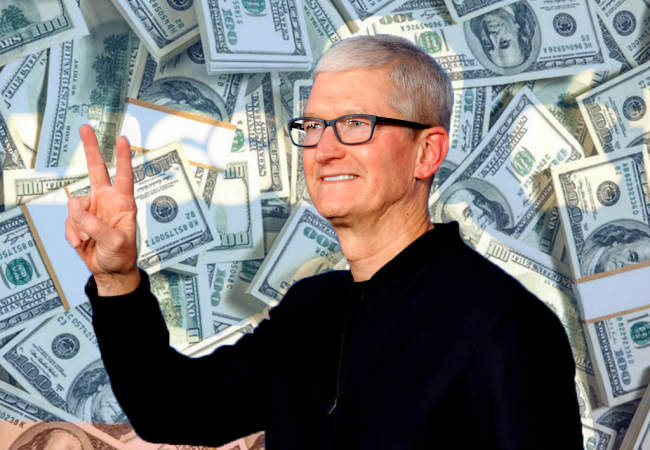 Tim Cook is cashing in for the last time. The Apple CEO reportedly made a cool $750 million this week from the final installment of the pay deal he signed a decade ago.

Cook, who succeeded Steve Jobs in 2011, was granted his bonus in about five million shares of the company. Per a Thursday filing with the Securities Exchange Commission, the 60-year-old subsequently cashed out for three quarters of a billion dollars.

The bonus comes as part of the stock option plan he agreed to with Apple and provides a significant boost to the CEO’s current net worth of $1.5 billion. Cook’s monster pay deal included generous stock payouts year after year for 10 years.

Since then, Apple’s market value has skyrocketed to more than $2.4 trillion. The stock award he received on Thursday reflects 1.1 million shares based on the California tech giant’s performance, and 3.9 million time-based share awards.

Cook still owns more than three million shares of his company at a value of $483 million. He is reported to have made $14.8 million in salary over 2020 and vested an additional $281 million worth of stock options.

Let’s pause for a moment to acknowledge that Tim Cook made $750 million in ONE DAY. With that money he could purchase 682,438 iPhone 12 Pro Maxes.

To make things even better, Cook pledged in 2015 to give away his entire fortune before he dies. He reportedly plans to fund his nephew’s education before donating his wealth to charities.

More specifically, he holds HIV/AIDS prevention and treatment, as well as climate change as causes close to his heart.

So not only did Cook have a $750 million day, but he’s not keeping a single leftover penny for himself. It’s a great day to be Tim Cook.