Armie Hammer’s Ex-Girlfriend Claims He Wanted To ‘Barbecue And Eat’ Her, Is ‘Not Well’ 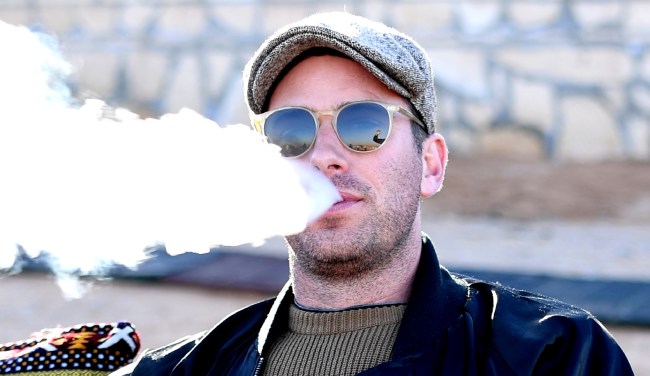 In the wake of the leak of alleged, very bizarre messages about his sex life, Armie Hammer’s ex-girlfriend Courtney Vucekovich claims the actor used to fantasize about which one of her body parts he would like to barbecue and eat.

“He said to me he wants to break my rib and barbecue and eat it,” Vucekovich told Page Six.

“‘F–k that was weird,’ but you never think about it again,” she said of her reaction at the time. “He says, I want to take a bite out of you. If I had a little cut on my hand he’d like suck it or lick it. That’s about as weird as we got.”

The messages that were allegedly leaked claimed Hammer had cannibalisitc tendencies came as little surprise to Vucekovich, who dated The Lone Ranger actor from June to August of 2020.

“He likes the idea of skin in his teeth,” she said.

Hammer’s estranged wife Elizabeth Chambers, with whom he has two kids, filed for divorce from the actor last July, citing irreconcilable differences.

It was around that time the he and Vucekovich were dating.

“He enters your life in such a big way. He’s such a captivating person,” Vucekovich told Page Six. “He has such a presence and he’s aware of that and he uses it in such a way that most women would think, ‘Oh my gosh this is amazing,’ but especially young women, that’s kind of the scary part — how good he is at active manipulation and making you feel like he’s never felt this way about anybody.”

Vucekovich also claimed that Hammer, the great-grandson of oil tycoon Armand Hammer, “groomed” her and would text her 100 times per day when they were apart.

She also claims she ended up paying for everything because he’s allegedly broke, that he would drink and do drugs “all the time,” and convinced her to “do things that are very out-of-character for you, including sex acts.”

Back in 2013, in an interview with Playboy in which he later claimed he was drunk, Hammer said, “I liked the grabbing of the neck and the hair and all that. But then you get married and your sexual appetites change. And I mean that for the better — it’s not like I’m suffering in any way. But you can’t really pull your wife’s hair. It gets to a point where you say, ‘I respect you too much to do these things that I kind of want to do.’”

Hammer has yet to respond to Vucekovich’s comments, but did say the alleged leaked messages are “bulls–t.”