ASAP Rocky Is Reportedly Being Kept In “Inhumane Conditions” 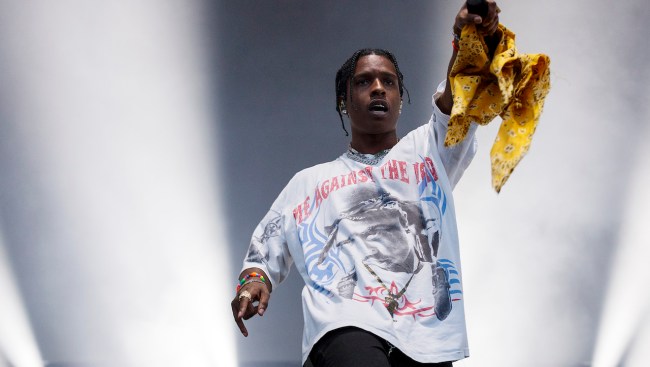 This whole ASAP Rocky situation is something out of a movie (if you’ve never seen 1978’s Midnight Express, you’ll know what I’m talking about).

The New York City rapper was arrested in Sweden back on July 2 for getting involved in an altercation with two unidentified men.

While video posted to social media clearly shows the two “victims” following and harassing ASAP Rocky and his crew, Rocky was arrested nonetheless and has been held in a Swedish prison ever since.

And according to a recent report from TMZ, that Swedish prison is in “shockingly inhumane condition”.

A$AP Rocky is being held in a Swedish jail with shockingly inhumane conditions — feces hurled about and not cleaned up, wretched food and facilities that are not fit for human beings … this according to sources with direct knowledge of Rocky’s situation.

Our sources tell TMZ … the rapper is sleeping on a yoga mat with no blankets. There is a prisoner in the next cell with severe mental issues who slams his head against the concrete wall and hurls feces every which way … feces that are not cleaned up.

The water, we’re told, is not clean and the food is not edible … for the first 5 days A$AP Rocky ate an apple a day, and that’s it.

Additionally, sources told the celebrity gossip website that the facility Rocky is being held in is “filthy and disease-ridden”.

Perhaps even more disturbing appears to be Swedish official’s lack of respect for the Vienna Convention for Consular Relations Treaty, which is supposed to guarantee an American prisoner’s right to see an official from the United States Consulate.

However, as TMZ reports, while Rocky requested the meeting, the official from the U.S. Consulate was denied entry upon arrival, leading sources to believe Swedish officials do not want American officials to see the dour condition of the facility.

Given the extremely public way in which this case has been unfolding, hopefully, it’s only a matter of time until Sweden cracks under international pressure and rightly releases ASAP.