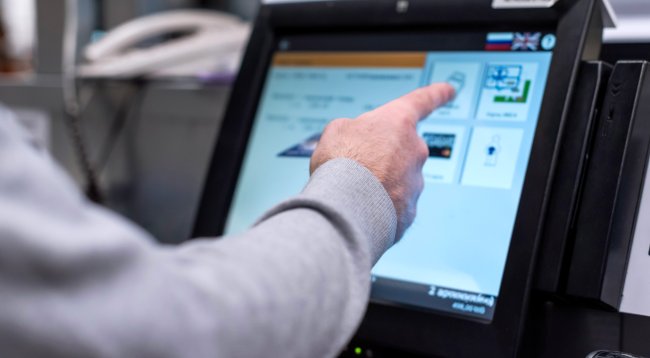 How often do you go to the store and use the self-checkout lane? Many, if not most of us, do it a pretty regular basis. It saves time and you don’t have to have that awkward social interaction when a complete stranger is ringing up your 12 bags of gummy worms.

Well… as convenient as these self-checkouts may be, attorney and popular TikToker Carrie Jernigan warns that using self-checkouts could cost you thousands of dollars and get you up to a year in jail.

“As a criminal defense attorney, I advise most people to steer clear of self-checkout,” Jernigan says to her 1.2 million followers.

Why? Jernigan explains that there are essentially three types of people who get charged with shoplifting using the self-checkout lane.

The first are the actual thieves who go into stores and use the self-checkout “with the intent to steal.”

She says the in the early days of self-checkout stealing items was relatively easy. Nowadays, however, they have to be more sophisticated, even going so far as to have barcodes taped to their hand that has a lower price than the actual item they are putting in their bag.

The second is the “theft-by-mistake” group – people who didn’t mean to take something without paying for it.

“These are the people that I genuinely think just forgot to scan an item,” says Jernigan.

Unfortunately, rather than just letting the person pay for the item or return it, as was often the case in the early days of self-checkout, now “the big-box stores aren’t going to spend their time and resources trying to figure out if you stole it on purpose or if it was a mistake.”

She blames the first group for this radical change in policy.

Then there is a third group she calls “the truly innocent.”

“Most of these are not getting charged day of,” she says.

“So they will begin watching hours of video to see the last person who checked out with the Mario Lego set because they’re two short or an Xbox game,” she explains. “And, for some reason, they pinpoint that they think you did it.

“And because of who these big box stores are, they usually have to present very little evidence to get an affidavit or warrant signed.

“The charges that could land you up to a year in jail get filed and then you are fighting for your life trying to determine what day you were at Walmart, what all you bought… you have to spend thousands of dollars hiring a lawyer and we have to go through grainy video footage to try to determine what all you bought that day. Was that Great Value mayonnaise or was that Hellman’s mayonnaise to determine if the price is correct or incorrect and then you are having to prove your innocence.”

She adds that if you paid cash that day it is even harder to determine if you actually paid for everything in your cart.

Then, even if you can prove you are innocent “so much damage has already been done.”

If you are just bound and determined to still use self-checkouts despite her warnings, Jernigan also shared some advice that she gives her clients in a follow-up TikTok video.