The Bachelor’s Tyler Cameron Got Uncomfortably High At His Audition, Thought Producers Were Spying On Him 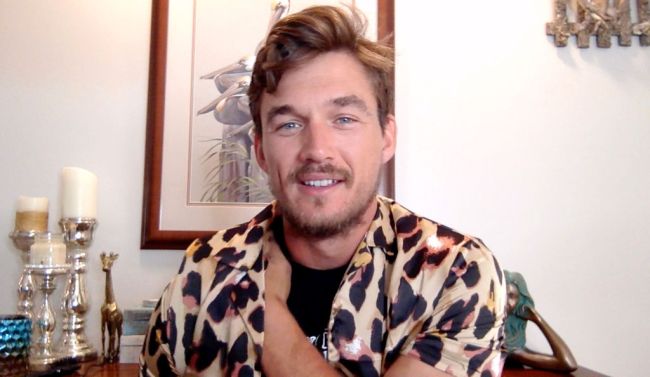 Bachelor contestant Tyler Cameron ate an edible the first time he got high and immediately regretted it. The 28-year-old is one of the more successful contestants in show history but he didn’t think he would get a chance after being too cooked at his audition trip.

In his new book “You Deserve Better: What Life Has Taught Me About Love, Relationships and Becoming Your Best Self,” Cameron talks about his audition experience. In particular, he discusses using his meal stipend from ABC to purchase cannabis.

“Recreational marijuana had been legalized in California, and I thought this would be the perfect chance to go see one of these dispensaries everyone had been talking about,” he wrote.

Cameron told Insider that he didn’t know how to smoke a joint or anything like that, so he started with edibles. As he acknowledged, for someone who seemingly never consumed THC before, that is the worst idea and learned that very quickly.

When the edible hit…

The edible started to smack Cameron at dinner with a friend and then the paranoia set in. He claims that the edible caused him to think that Bachelor producers were spying on him.

Cameron thought that the producers were taking photos of him in the restaurant bathroom and even thought that his Uber driver was in on the espionage.

Upon arrival back to his hotel, the Florida native was still baked and said he acted awkwardly around Bachelor executives.

He writes in his book:

“I immediately crawled into bed and hid under the blankets. I swear I heard someone knocking at the door, but it might have just been my paranoia. Either way, I didn’t answer, and I was careful not to make a sound. I stayed hidden under those covers until morning.

The whole flight home, I thought to myself, I am going to get cut,” he continued. “At that point, I figured the producers knew I had been high and that I’d broken curfew. There was no way I was going to get on this show after my behavior. I couldn’t believe I had blown it.”

We have all been there and, as Bachelor fans know by now, the producers either didn’t know or didn’t care because Cameron made the show.

The moral of the story here is: don’t take edibles in an uncontrolled environment the first time you get high, kids.