Swearing, Drinking, And Debauchery Improve Your Well-Being, According To Science 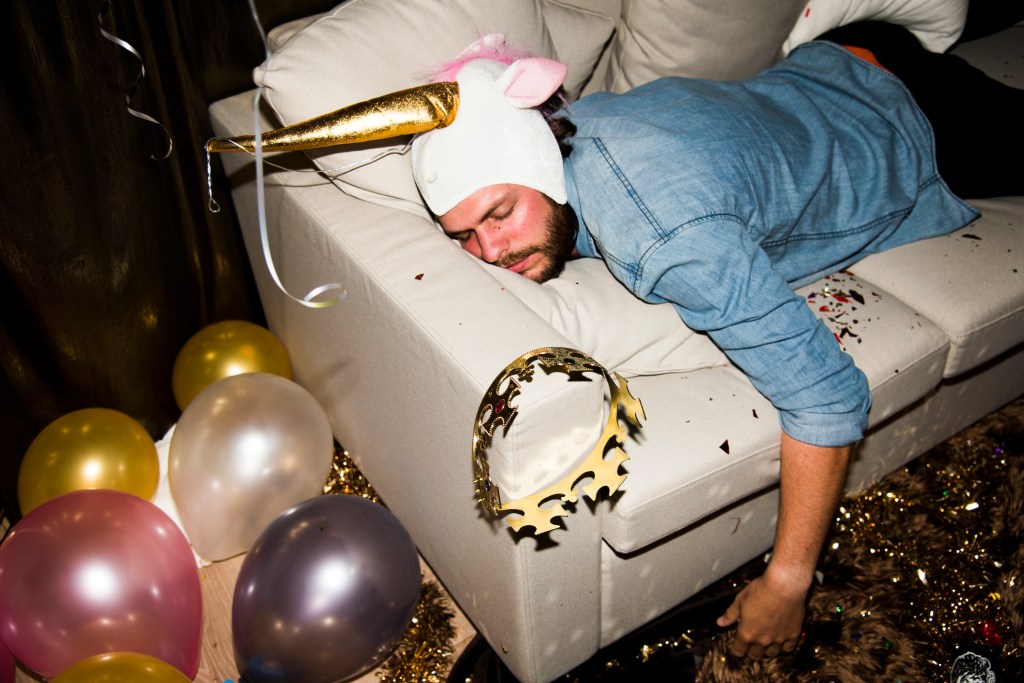 Man is inherently bad. They can be all-around bad dudes, bad liars, bad lovers, bad at math, bad to the bone, or one bad mother. They can also have bad taste, bad timing, bad teeth and bad breath.

It doesn’t matter how they go about it, most men are chock full of bad behavior (myself included). A lot of times, this spills out in the form of loud-mouthed rebellion. It’s caused by the throbbing of the hellraiser gene that’s been a part of the hairy persuasion since we crawled up out of the sea and started chasing everything that moves.

Regardless of whether a guy was raised in church or by a pack of wolves, there’s just something in his DNA that comes with a ruckus mandate that’ll make him scream, “What the f**k are you looking at?” whenever there’s too much testosterone in the room.

Although society considers this a bad reaction, it’s how he establishes dominance and defends his territory – even if that’s just a barstool at Buffalo Wild Wings. It’s also how he shows the ladies that he’s the most suitable mate when their baby-making hormones start going buck wild.

Sometimes these bad behaviors get lumped into the culture’s definition of “toxic masculinity,” but they’re actually part of survival instincts. It’s unhealthy to ignore them. Those who have gone against the grain of the madman seed and tried to live by some fabricated, ultra-civilized code of right and wrong have been known to go off the deep end, only to wind up in prison wondering what in the hell went wrong. If there’s a moral to the tale of hostility and mansense, it’s that it can keep us sane when the world really starts rubbing us wrong.

Even science says being bad is good for the soul.

So, swear more – a lot more. It was once believed that people who cussed were less intelligent, trailer trash renditions of their alcoholic fathers. But that was later shown to be a bunch of bullshit. In fact, psychologists now know that being well versed in the profane arts is not only a sign of intelligence but also a more extensive vocabulary. Swearing shows that you’re not some pretentious clown with a pocket full of $50 words trying to sound smarter than everyone else. It’s a simple form of expression, and it can actually keep a man’s road rage to a minimum, make him stronger, and increase his threshold for physical pain. So don’t be one of those soft boys who’s afraid to add a little technicolor to everyday conversation.

The next lesson in being bad for the sake of good is called drink up, you freaking sissy! We know there’s a whole non-alcoholic revolution taking hold across the country – insert fart noise here. The straight-edge generation thinks they’re harder than their fathers for navigating this twisted existence sober. But there’s no award for these dry dullards once the aliens swoop down and unleash the wrath of their disintegration rays.

Sure, we understand that drinking too much can cause various health problems – cancer and liver disease — but that’s why it is essential to practice. A man has to toughen up. You just can’t hit the bars every weekend and expect to emerge from the hangovers unscarred. Drinking at home, alone and on a regular basis, is necessary if a man expects to callous his constitution to the point where getting hammered doesn’t lead to complete and total bedlam. We’re not all out there waking up with dicks drawn all over our faces. Some of us get up speaking in tongues.

No kidding, a Dutch study published in the Journal of Pharmacology finds that drinking booze can sharpen a person’s foreign language skills. “Acute alcohol consumption may have beneficial effects on the pronunciation of a foreign language in people who have recently learned that language,” the study authors concluded. And let’s face it, nothing says bad behavior quite like being drunk and telling someone to “eat shit” in a new language.

But listen, drinking and cussing alone won’t make you a bad motherhumper. You’re also going to have to cause a little trouble out there. We’re not talking about doing anything malicious or nonsensically violent. Those kinds of actions are unattractive, illegal and they’ll convince most people that you’re an asshole. But throwing caution to the wind and engaging in harmless acts of rebellion is not only an excellent way to show the world that you’re no puppet to their missionary way of thinking, but it can actually tear down boundaries and teach others not to take life so seriously.

Research shows that only a small percentage of social transgressions are viewed negatively. The majority, however, often inspire unity and personal interaction. Considering the potential for positivity, it’s almost a crime not to raise a little hell from time to time.

Now, go do your worst.