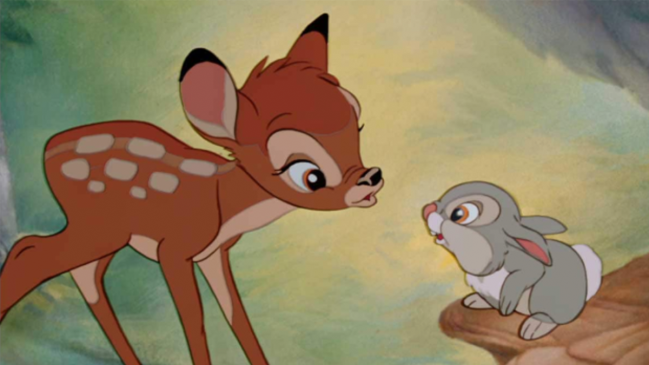 The fact that Disney remains one of the largest media companies on the planet close to a century after its eponymous founder set up shop in Hollywood is a testament to the immense and lasting impact the animation studio-turned-international conglomerate has had (and continues to have) on pop culture.

The bulk of Disney’s most iconic (and profitable) animated projects have harnessed a tried-and-true model that largely revolves around the adaptation of fairy tales, fables, and other stories dreamed up with a young audience in mind.

While the works that have inspired classics like Cinderella, Peter Pan, and Beauty and the Beast were plucked from the public domain at no cost to Disney, the company hasn’t exactly paid it forward to creators who are hesitant to even think about a project that would involve them treading onto the expanse of intellectual property surrounding The House of the Mouse due to the potential legal repercussions.

However, that hasn’t stopped some fairly bold creative minds from taking a bit of a risk—including the folks behind  Winnie The Pooh: Blood And Honey, a horror movie inspired by everyone’s favorite bumbling bear and some of the friends he shares the Hundred Acre Wood with.

The creators of that film took advantage of a somewhat unique public domain loophole that gave them free rein to pluck characters and plot points from the A. A. Milne stories that are no longer protected by copyright as long as they didn’t incorporate any of the legally protected concepts Disney has introduced.

It appears that move may have marked the beginning of a new trend, as Dread Central reports another beloved childhood tale is getting the horror movie treatment in the form of what’s been dubbed Bambi: The Reckoning.

While the Bambi movie Disney released in 1942 is still off limits, the same can’t be said for Bambi, a Life in the Woods, the Felix Salten story that was first published in 1923. As a result, we now live in a world where the director of the aforementioned Winnie the Pooh reimagining will serve as a producer on a movie that promises to turn Bambi into “a vicious killing machine that lurks in the wilderness.”

Why? Well, why the hell not?