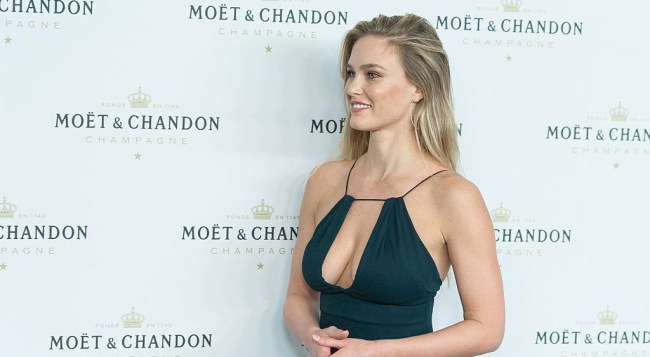 First off, I know saying “Leonardo DiCaprio’s ex” covers a rather large swath of famous women, but supermodel Bar Refaeli and Leo were more of an item than any of the dozens of other “relationships” he’s had over the years with he and Bar dating on and off for almost four years between 2007 and 2011.

Just look at what a cute couple they made.

Now, with that out of the way, the 33-year-old Refaeli appears to have landed herself in some very serious hot water these days, and to come full circle here, part of it has to do with how she handled her affairs while she was dating Mr. DiCaprio.

The allegations include claims that the supermodel hid millions of shekels of income from the Tax Authority; that she lied about her primary place of residence; and that she received several luxury items in exchange for publicity that she did not declare to tax officials.

During part of this period, Refaeli was dating US actor Leonardo DiCaprio, and claimed to be living with him at times. Officials believe she was actually living in apartments in Tel Aviv listed under family members.

Oh what a tangled web we weave…

23 million shekels comes to about $6.1 million, in case you were wondering.

Refaeli’s attorney, Moshe Mizrahi says she’s totally clean, claiming tax authorities are reneging on a deal Refaeli signed in 2009 and the whole thing has “been blown out of proportion,” adding, “she hasn’t hidden anything.”

For what it’s worth, Refaeli doesn’t seem too bothered by it all, at least on Instagram.