Warner Bros. Rumored To Be Considering A ‘Batman Beyond’ Movie With Michael Keaton As Bruce Wayne 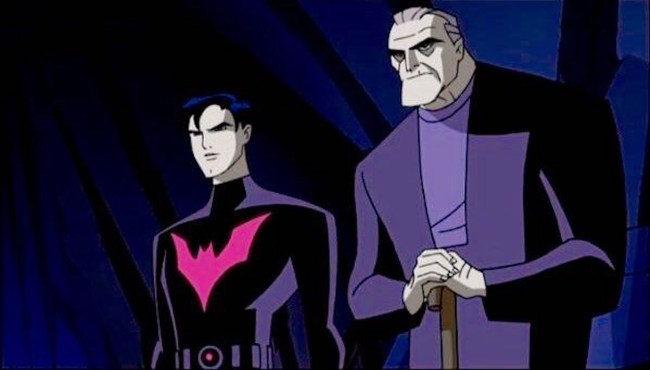 Following the rampant success of Joker, Warner Bros’ DC Comics branch now finds themselves with something they haven’t had since the days of Christopher Nolan: exciting options.

After trying — and famously failing — to recreate their own version of the Marvel Cinematic Universe, Warner Bros. has since course-corrected, instead opting to develop standalone, “adult” films based in the DC Comics Universe.

Their first swing at this formula was Joker, and needless to say, it’s been an unquestioned success thus far, which begs the question of where Warner Bros. will apply this newfound strategy next.

And according to a recent industry rumor, Batman may be an option, although not the Batman that you’re thinking of.

Sources close to We Got This Covered – the same ones who told us The CW was developing an Arrow spinoff for Katherine McNamara back in March, Viola Davis was returning for The Suicide Squad and that Tom Welling was going to show up in “Crisis on Infinite Earths,” all of which were eventually confirmed – have informed us that inspired by the success of Joker, WB is now looking to do more standalone, dark and mature DC movies. And one project they’d like to make happen is a live-action Batman Beyond with Keaton in the lead role.

[The report was additionally picked up by Yahoo]

If Warner Bros. is legitimately committed to telling one-off stories similar to Joker, then something like Batman Beyond is certainly a possibility, especially if they can nail down Keaton for the role of Bruce Wayne.

Batman Beyond — which first premiered in 1999 — is set in the year 2039 and follows a young Terry McGinnis taking over the mantle of Batman from Bruce Wayne, who is now in his 70s, and seeing Keaton portray that version of the legendary Dark Knight would be nothing short of thrilling.