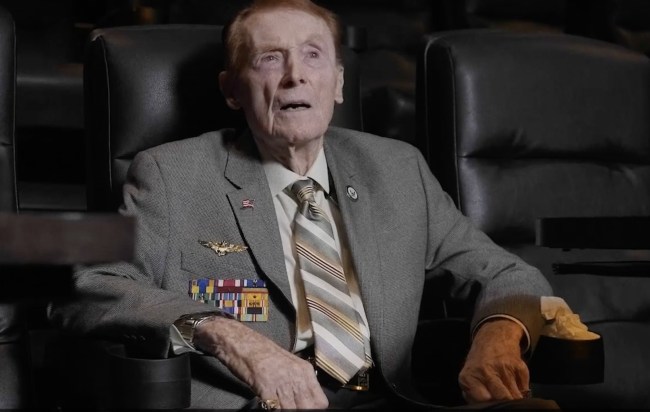 While Boomers and millennials scream at each other on the Internet for all of modern society’s woes, let’s pause for a second to consider the significant sacrifices made by The Greatest Generation.

If you’re lucky enough to have grandparents still around who lived through World War II, just ask them about it. They lived through the Great Depression and watched a world tear itself apart with war. They had to live in significant fear of the future while collectively uniting to fight a two-front war against two significantly evil world powers hellbent on becoming super powers.

Some made it home; many didn’t.

Just six months after Japan’s attack on Pearl Harbor, The Battle of Midway from June 4-7, 1942 was a decisive Naval victory in World War II. 1,300 miles west of Hawaii, Japanese forces assumed the US would vigorously defend the small atoll with an airstrip. U.S. forces, however, were prepared after cracking the Japanese Navy’s code to anticipate the attack. As a result, the US out-positioned the Japanese with its warships: Four of the Japanese aircraft carriers of the six-carrier force that had attacked Pearl Harbor were destroyed, weakening Japan’s strength in the Pacific.

This wasn’t without significant casualty: The U.S. lost the the aircraft carrier Yorktown, the destroyer USS Hammann, 145 aircraft, and suffered 307 casualties in the battle.

As a somber reminder of those sacrifices during World War II, the Battle of Midway is finally being immortalized on the silver screen as Midway, a feature-length film by Roland Emmerich, the director of Independence Day and The Patriot. It features Aaron Eckhart, Nick Jonas, Darren Criss, Mandy Moore, Dennis Quaid and Woody Harrelson.

60 Second Docs worked with LionsGate in partnership to screen the movie to four Battle of Midway veterans. It’s clearly an emotional moment, with a fictional Hollywood portrayal of a very real lived experience.

There’s an entire canon of History Channel docs on the Battle of Midway that I can’t recommend enough.  you’re interested in seeing Midway. But this is probably the best video on YouTube about a battle that’s a great page in the annals of American history: