Before And After: Sheep Lost In The Wild For 6 Years, Found, And Sheared Of 88 Pounds Of Fleece 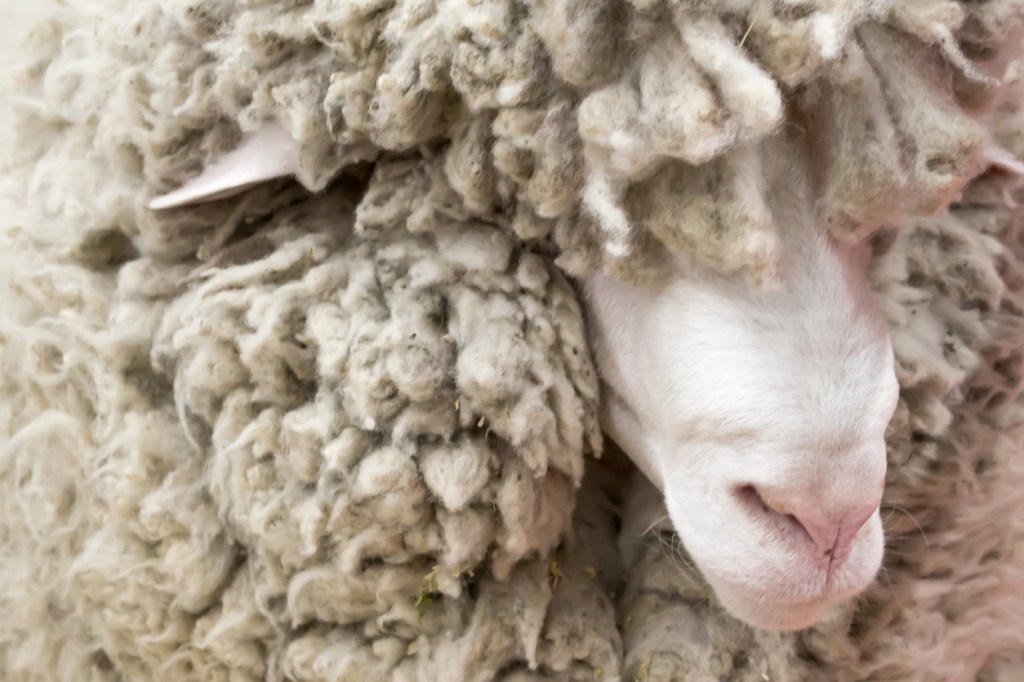 On average, a sheep in the United States produces approximately 7.3 pounds of fleece per year. I’m not a sheep expert but I assume that number is pretty similar around the globe. And if you’ve never seen them, the before and after videos of sheep being sheared and relieved of all that heavy fleece are very satisfying.

The lost sheep was discovered after it went missing for six long years. It was then taken in by Edgar’s Mission Farm Sanctuary, a 153-acre animal sanctuary in Australia for neglected farm animals. Edgar’s Mission is who was called in to rehabilitate and take care of this lost sheep bogged down by all that fleece.

Pam Ahern is the owner of Edgar’s Mission and told the local Australian news the sheep “had 40 kilos of wool on him when he came to us.” 40 kilos converted to pounds is roughly 88 pounds. Consider that for a moment before watching the before and after video below. This sheep was walking around out there in the Australian wilderness with 88 pounds of excess wool! Now let’s see the video…

Before And After: Sheep Lost For 6 Years, Found, And Sheared Of 88 Pounds Of Fleece

Here’s what that caption reads, in case it’s not loading for you. The before and after videos are also accessible here on Instagram and here on Facebook.

Edgar’s Mission: “They say that lightning never strikes twice. Thankfully though kindness does!

Heading to the scene a top Mt Alexander, those same hearts were heavy with thoughts of deja vu for when Baarack entered our lives. Knowing the precariousness on which his life tottered as his feeble form underwent the shock of the removal of his fleece and seeing the world for the first time in many a year.

Sadly though in Alex we found a being who was in an even worse state of health than dear Baarack. If that was at all possible. For slim pickings were the grazing opportunities in the area he had been found. So weak was he that he could not stand. Not even when assisted to do so, and struggle we did to find a passage in through his “felt like” fleece to administer life enhancing fluids.

Truth be told too we wondered at first blush with Alex, could his life even be saved, and would the kindest thing have been to let him pass from this world. And then we lifted the shroud of wool from his face and our eyes met, and in that instant it was so strikingly clear he wanted to live.

Sitting in the back of the van with our new friend with those crucial fluids now pumping new life into his withered form, it was if a switch was suddenly turned and Alex’s head rose as he looked about. His gaze finding ours, and in that dim light we felt his fear for the unknowing of just where he had found himself.

For here before us was a prey animal so unaccustomed to humans, let alone their kindness, with every inch of his being telling him to flee. Yet having to concede he could not. Once back at sanctuary the arduous task to removing that fleece, sodden with rain, urine, twigs, bark, beetles, and maggots, began. A fleece so mattered and dense that it stubbornly refused to cede to the shears. But somehow it miraculously did. All 40 kgs of it!

And left in its whirring wake was sweet Alex.

With a warm jacket gently donned and the assistance of dear Chloe and Molly Brown, stateswomen sheep, enlisted, it was then over to dear Alex to make good on his “word”, he wanted to live. And come sunrise the next day, he most certainly had. Standing, and stamping before us, hay bucket empty and tummy full, as deju vu descended once again.

With so many similarities between Baarack and Alex’s serendipitous finding of sanctuary coming to mind, not the least, both only did so by way of human kindness, we are struck by the ability of their pain and suffering to leap from their body to ours as empathy takes hold. And in doing so reaffirming our belief in the goodness of the human heart which is eked out by an uncompromising will to assist.

And so over the coming days, weeks and months, we welcome the opportunity to witness Alex’s transformation all made possible when kindness strikes twice.”

I don’t know much about sheep but I have this hunch that Alex is a good one. There also isn’t very much that I can add to this story other than wonder aloud if ‘Alex’ is a normal name for a sheep. Dogs often have people names but they commonly have ‘dog names’. I can’t help but wonder if there are ‘sheep names’ out there I’ve never heard and if they sound like some sort of Harry Potter spell.

If you want to learn more about Edgar’s Mission in Australia and what they are doing to rehabilitate sheep you can click right here to visit their website!