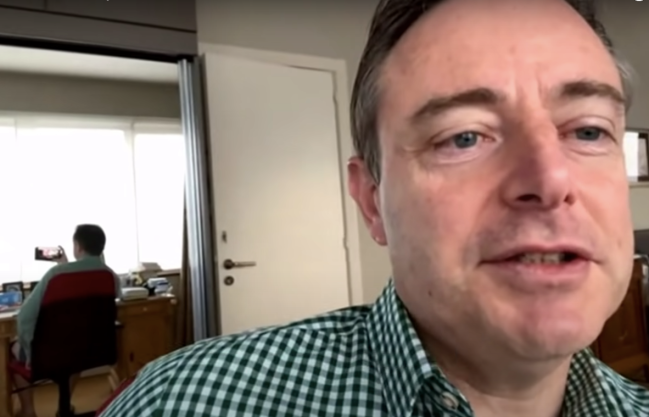 Around a month into my freshman year of college, I got to experience what it was like to live out an incredibly cliché nightmare when I woke up to discover I’d slept through the multiple alarms I’d set to ensure I had plenty of time to make it to the exam that had begun three minutes before I’d opened my eyes.

After presumably providing plenty of people with some early-morning entertainment while saying “Fuck” every time I exhaled while sprinting across campus, I rolled into the lecture hall 30 minutes later and somehow managed to walk away with an A- with the help of a professor who was kind enough to not dock me any points for the smudges that littered the blue book due to the sweat that was pouring off of me as I poured words onto its pages.

As a result, I like to think I know what it’s like to ride the emotional roller coaster that Belgian politician Bart De Wever recently found himself strapped into during an interview with a radio station in the country on New Year’s Day.

One of the few upsides of the pandemic has been the ability to conduct business from the comfort of your home. However, that development isn’t without its downsides, as some people have gotten a bit too comfortable and have subsequently lived out another classic bad dream after inadvertently disclosing a bit more than they intended while doing some public speaking.

While you can get away with not wearing underwear while engaged in a virtual chat, you also have to take steps to ensure no one else realizes that’s the case. Unfortunately, the mayor of Antwerp failed to do his due diligence and accidentally narced on himself after his pantless reflection was captured in a mirror behind him and broadcasted for the world to see.

However, you have to give props to De Wever for how he handled things after a host brought the development to his attention, as he copped to the mistake by saying, “I had not taken that into account. The year begins with a particularly embarrassing moment, I’ll remember this for a long time.”