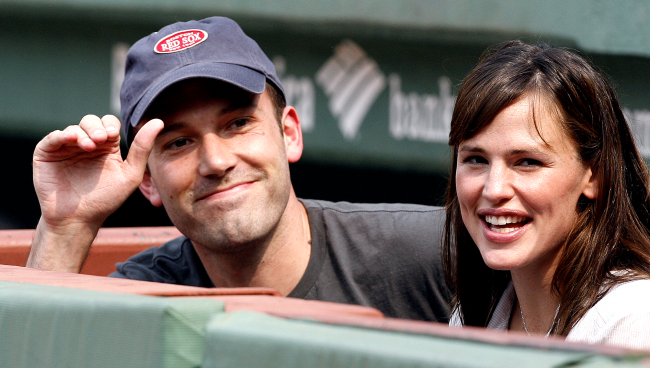 Back in 2017, Ben Affleck publicly admitted that he had undergone rehab for a years-long addiction to alcohol. Despite having announced their separation in June of 2015 and jointly filing for divorce in April 2017, his estranged wife Jennifer Garner stuck by his side and supported him through the entire process.

By his own admission back then, Garner “supported me and cared for our kids as I’ve done the work.”

In 2018, returned to a rehab facility after Garner held an intervention at his home after she reportedly saw a photo of Affleck accepting a delivery of beer and liquor.

In 2019, Affleck was filmed stumbling around on a Los Angeles street and admitted the next day that he had suffered “a slip” in his sobriety as he was filmed entering Garner’s home.

Through it all, Jennifer Garner has been a saint as far as trying to get and keep Affleck on track numerous times when it comes to his shaky sobriety.

So when he appeared to blame being married to Garner (which ended unofficially in 2015 – four years before his last “slip”) for his alcoholism this week on The Howard Stern Show, people were not only not sympathetic, they reacted downright angrily.

“We probably would’ve ended up at each other’s throats. I probably still would’ve been drinking. Part of why I started drinking was because I was trapped,” Affleck told Stern on Tuesday. “I was like, ‘I can’t leave because of my kids, but I’m not happy, what do I do?’ And what I did was [I] drank a bottle of scotch and fell asleep on the couch, which turned out not to be the solution.”

Affleck added, “We had a marriage that didn’t work. This happens. She’s somebody I love and respect, but to whom I shouldn’t be married any longer. I knew she was a good mom, and I hoped she knew I was a good dad. I had to get sober, and I acknowledge that.”

He also claimed that “when I felt as if it impacted [his kids], I recognized it. Since that day, I swear to Christ, I have not wanted to drink once. I am not cured. I am not a preacher, but there is a happy ending if you can get there.”

While Affleck did say some nice things about Garner, many people didn’t appreciate how he also seemed to blame her.

I doubt Jennifer Garner will drive Ben Affleck to rehab next time.

Not one single person believes that Ben Affleck was the injured party in his marriage to Jennifer Garner. NOT ONE PERSON.

This trash asshole. Jennifer Garner has, and will always be, too good for him.https://t.co/8wsm5GA1EW

She's someone he "loves and respects"

While simultaneously saying he felt trapped in his marriage.

Does Ben Affleck actually know what love and respect looks like? Because this for sure, isn't it. https://t.co/rCLNanNKCp

You blame your ex wife for drinking? You were a drunk before you married her!" “Speaking poorly about the mother of your children pretty much makes you a terrible father and a total d***head!" Never ever speak poorly of your children’s mother , you got her pregnant what 3 times!!

Ben Affleck is in denial...still. Recovered Alcoholics do not blame their drinking on others. Also, he’s being “pie-in-the-sky” about never being tempted to drink again. He’s also confident about being a good dad during that time?

So because Ben Affleck felt trapped in his marriage to Jennifer Garner he started drinking and then sleeping with the nanny (he left the nanny bit out).

He felt so trapped in his marriage that 3yrs after they separated, Jennifer had to drive him to rehab. pic.twitter.com/4H3jad0YNI

how was it possible for him to still feel trapped after the divorce since he had Jennifer Garner drive him to rehab 🤔? @BenAffleck is lower than pond scum. Real pathetic excuse of a human.