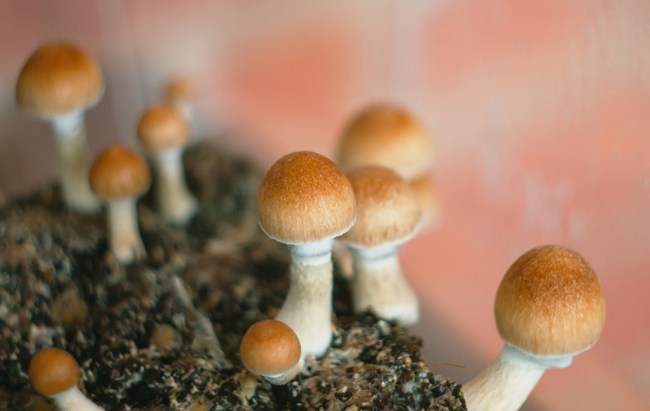 Psychedelics have a long, complicated, and fascinating history, and even if you’ve never tripped, there’s a serious chance you’ve inadvertently benefited from them.

In 1992, famed psychonaut Terrence McKenna published Food of the Gods, where he posited human civilization as we know it was built on the backbone of the consumption of naturally-occurring psychedelic substances that spurned a number of advancements that helped shape the world.

McKenna—who was a lifelong advocate for the responsible consumption of psychedelics—argued there is plenty of historical evidence that indicates cultures around the world had their eyes opened by various plants (primarily “magic” mushrooms) and implied modern society has shot itself in the foot for making the subject so taboo.

I’m assuming most people reading this are more familiar with Ken Kesey, whose famed (or infamous) acid tests brought hallucinogens into the mainstream in the 1960s.

While he might have been a pioneer, most people outside of the hippie movement were scared shitless by LSD and psychedelics as a whole were subsequently pushed into the shadows, where they’ve remained for the past 50 years or so.

However, attitudes have recently begun to shift a bit as the scientific community has begun to explore the benefits of mind-opening drugs with some surprising results.

Over the past couple of years, microdosing—the act of ingesting small doses of hallucinogens—has become all the rage in certain circles, and while there has been plenty of anecdotal evidence concerning the benefits of the trend, there hasn’t been a ton of actual researching exploring whether or not it has its perks.

According to Esquire, researchers at the Davis branch of the University of California decided to rectify that by conducting a study looking into the benefits of microdosing psychedelics, and it turns out it could be the ultimate game-changer.

DMT microdosing helped rats to overcome a “fear response” in a test considered to be a model of anxiety and post-traumatic stress disorder in humans.

The researchers also documented reduced immobility in an experiment that measures the effectiveness of antidepressant compounds.

Less immobility is associated with antidepressant effects. In tests of cognitive function and sociability, the UC Davis researchers did not find any obvious impairments or improvements, which contrasts with human anecdotal reports.

Obviously, it’s unclear if similar substances have the same results. With that said, it’s worth noting the FDA recently approved a ketamine-based prescription drug for people who don’t respond to traditional anti-depressants.

Is your doctor going to be prescribing you DMT at any point in the near future? Probably not. But this is certainly a start.