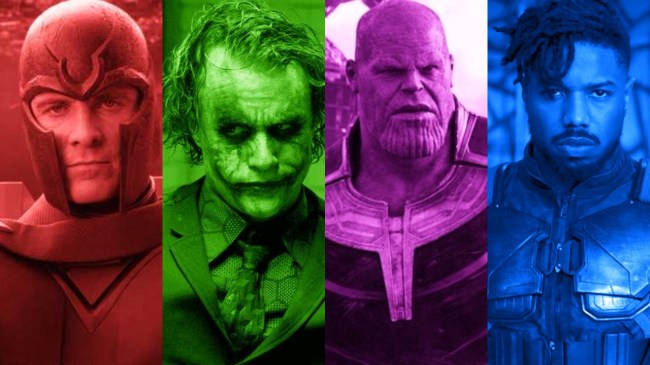 Today — Thursday, July 18 — marks the 11-year anniversary of the release of The Dark Knight, and despite the fact that it’s been a decade-plus since the Christopher Nolan classic reshaped the movie industry, much of the film’s elements — whether it be its characters, plot, set pieces, etc — still rank’s amongst the genre’s greatest.

Even with the introduction of the Marvel Cinematic Universe in the years since, The Dark Knight remains the seminal comic book movie, especially when it comes to its villain, as Heath Ledger’s legendary portrayal of the Joker still towers above the rest, at least in modern times.

And “modern” times is key here. Due to the existence of classics — classics that simply don’t translate to today’s audience — such as the Christopher Reeves Superman films that featured an iconic Gene Hackman portrayal of Lex Luthor — this list has been limited to “modern” times, which we’ll say began with 1989’s Batman.

More so than any other genre, the quality of a comic book movie is almost always directly correlated to the class of the movie’s antagonist.

The Incredible Hulk? A terrible movie with a subpar villain. Batman Begins? A decent movie with a solid villain. Avengers: Infinity War? A fantastic movie with a magnificent villain. Simply put, if the villain doesn’t register, it’s unlikely that the movie will. Just look at what happened to Justice League.

In fact — and particularly in the case of Batman — a movie’s villain can almost be as much of a draw as the superhero itself. Do we remember The Dark Knight because of Christian Bale’s brooding stoicism or because of Ledger’s manic insanity? Exactly.

So, with that in mind and without further ado, these are the top 10 supervillains in (modern) comic book movie history. 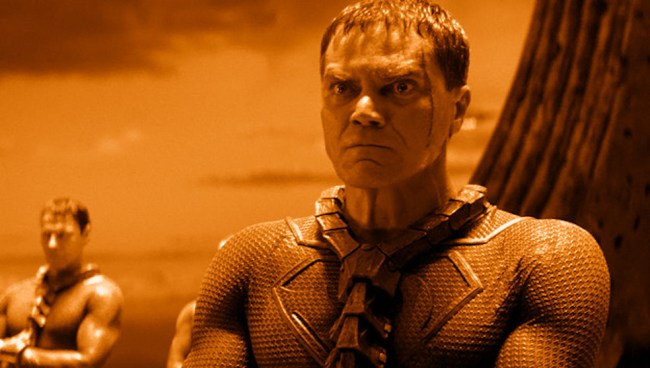 Back before they cracked under the pressure of Marvel Studios’ universe-building success, Warner Bros. had set out to give Superman — their golden boy — the Christopher Nolan treatment.

Ground the film in reality, relate the character behind the mask to the audience, give this otherworldly, indestructible superhero very real human emotions — these were the goals of Man of Steel, and they largely succeeded.

While the DCEU has certainly had its ups and downs throughout its years, Man of Steel has quite possibly become more appreciated as time has passed, particularly when it comes to Michael Shannon’s performance of General Zod. 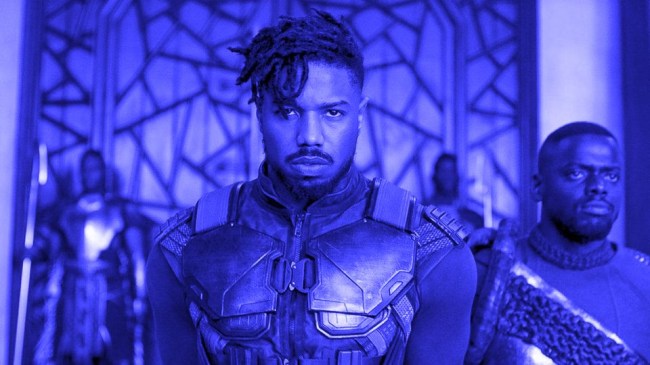 The first Marvel Cinematic Universe entry on this list, Erik Killmonger has one thing that a myriad of other MCU villains don’t: simply put, he doesn’t suck.

Long known as the “villain problem”, for all of its considerable accolades, Marvel Studios has repeatedly struggled to create compelling villains, a trend they were finally able to break with Killmonger.

Killmonger, whose motivations were as clear and as established as any villain in the MCU, also benefited from being a character the audience would find themselves rooting for. Not only was Killmonger a physical threat, but he was an emotional one, as his goals could be understood and sympathized with. 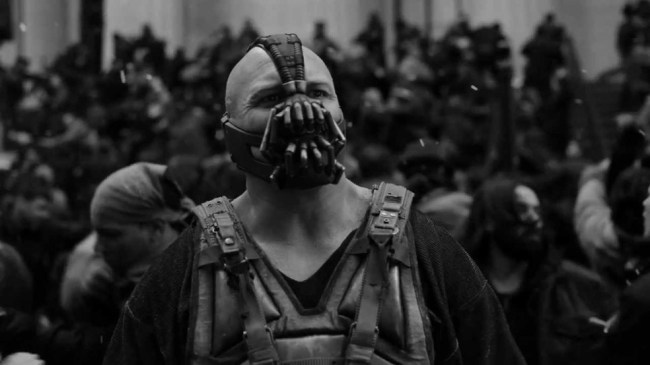 For all of The Dark Knight Rises‘ faults — it’s *easily* the worst film in the Nolan trilogy — Tom Hardy’s Bane is not one of them.

Say what you will about his choice of voice, Hardy absolutely sold Bane as an international terrorist with both the physicality and the intelligence to go toe-to-toe the Batman.

Ruthless in every sense of the word, Bane’s underground and final climactic brawl with Batman rank as two of the franchise’s premier set pieces. 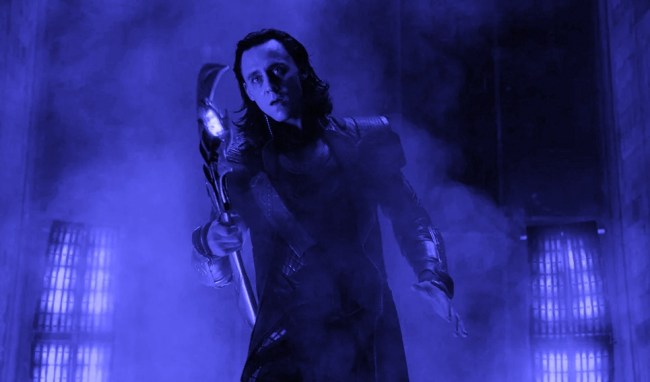 Where would the Marvel Cinematic Universe be without Loki?

Beginning as an outright villain and since transitioning to an anti-hero, Loki has appeared in almost as many films as some of the franchises biggest heroes such as Iron Man and Captain America.

Charismatic, cunning, and gleefully mischevious, Loki has been as crucial to the Thor franchise as the God of Thunder himself.

Now, after years of being the hell-raising yet lovable supporting character, the God of Mischief is being given his own time to shine as he headlines the upcoming Disney+ series Loki, which is an opportunity that few “villains” have been given before. 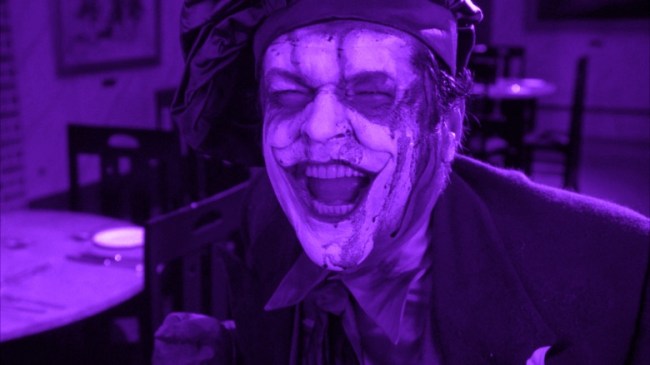 In stark contrast to Heath Ledger’s portrayal, Jack Nicholson’s version of the Joker could almost seem as though it is a different character entirely.

Smothered in Tim Burton’s patented bizarro camp, Jack’s version of the Joker is as much of a performer as he is a maniac. And while the 1989 version of the Joker may not necessarily translate to today’s movie-going, “grounded” loving audience, the role still remains a seminal one, as it helped pave the way for the modern comic book movie industry that we all know and love today. 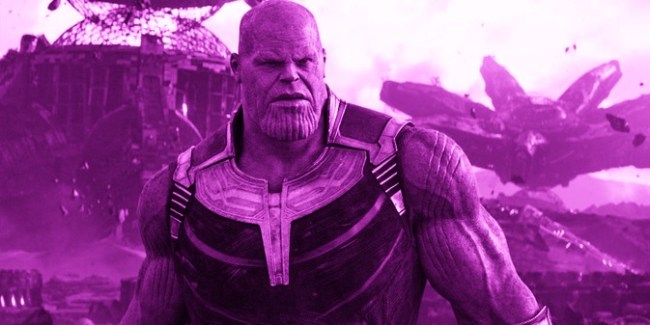 Defined by Netflix as an “intergalactic sociopath”, Thanos is — without question — the best villain to ever appear in the Marvel Cinematic Universe (thus far).

Menacingly lurking in the background for the better part of a decade, the anticipation of Thanos — and the threat he brings — could have been enough to crush the character before he ever truly arrived in Avengers: Infinity War.

But through Josh Brolin’s convincingly brutish performance and an introduction scene — Thanos kicking the asses of both Thor and the Hulk — that set the tone immediately, Thanos lived up to the hype and then some, as he’s arguably even more terrifying in Avengers: Endgame. 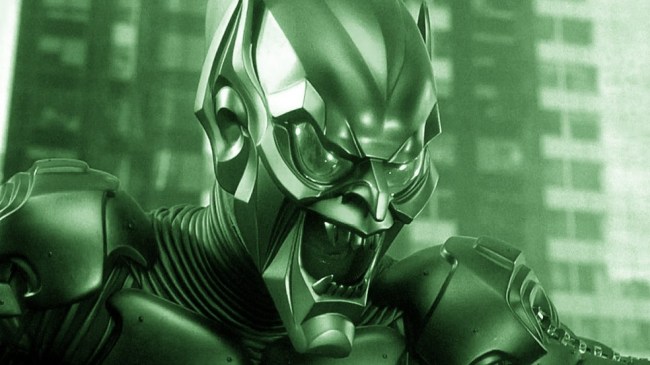 Perhaps what’s most impressive about Spider-Man is that even *17 fucking years* later, it still stands the test of time as a solid superhero flick, especially when talking about Willem Dafoe as the Green Goblin.

Unsettlingly deranged throughout the entirety of the film, the character was arguably more disturbing when he was Norman Osborne than when he was the Green Goblin, which is the ultimate testament to Dafoe’s performance.

What made this version of Norman Osborne so particularly spine-chilling was his willingness to use his personal relationships to achieve his sinister goals, as he’s debatably more unnerving during a dinner conversation than when he was while flying around on a weaponized glider.  Now that is a compelling villain. 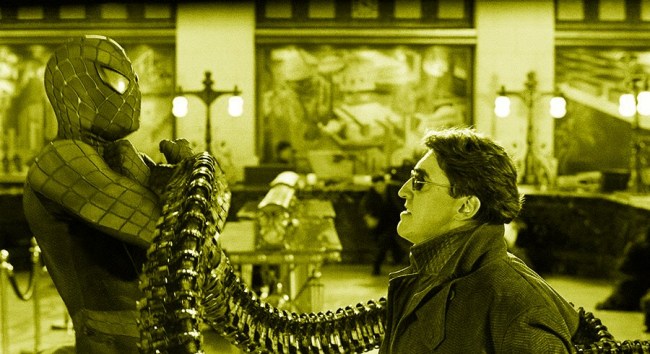 To this day, Spider-Man 2 remains a perfect sequel.

Doubling down on everything that made its predecessor wonderful without over-bloating the plot with superfluous characters and plotlines (like what happened in Spider-Man 3), Spider-Man 2 followed in the footsteps of the original by taking the superhero genre to new heights, specifically when it comes to relating a villain to the audience.

Despite the dozens upon dozens of comic book movies that have come out since 2004, it is Spider-Man 2′s Doctor Octopus that stands as one of the most sympathetic super villains to grace the genre. And that’s what made him so excellent: while rooting for him to lose, you’re also rooting for his redemption, as his arc had the unquestionable ability to tug on your heartstrings.

And not for nothing, Otto Octavius also arguably has the most emotionally affecting last lines of anyone on this list: “I will not die a monster.” 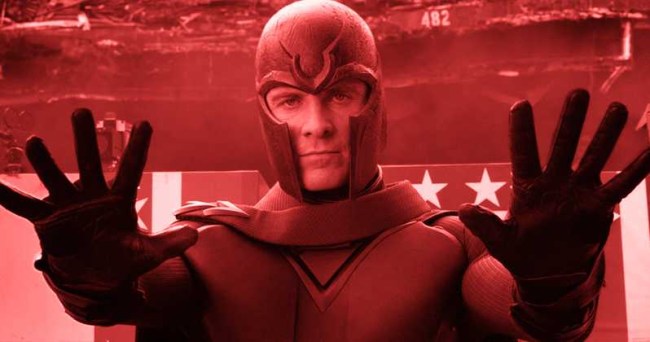 For all the pioneering that the Spider-Man franchise gets credit for, people largely forget that it was, in fact, X-Men — released in the year 2000 — that reshaped the entertainment industry and ushered in the golden age of the comic book movie.

And while the quality of X-Men films has varied throughout the years — from the highs of X2 to the lows of Dark Phoenix — what has never wained in quality has been the character of Magneto, no matter who he’s being portrayed by.

Whether it be the original, experienced, and stoic performance of Sir Ian McKellen, or the modern-day, extremely charming version played by Michael Fassbender, Magento’s singular commitment to his goal, cold intellect, and genuinely frightening power set has made him the most consistently excellent villain in the history of modern comic book movies.

1. The Joker – The Dark Knight 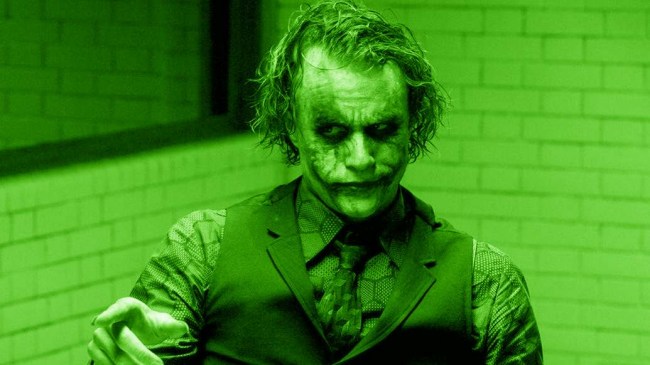 Could it have been anyone else?

Here’s a litmus test I frequently use to help readers understand just how monumental Heath Ledger’s portrayal of The Joker was — was The Dark Knight a Batman movie… or a Joker movie? Or rather, ask yourself this: did you find yourself eagerly awaiting Batman’s latest growl or the Joker’s haunting cackle?

Prior to Ledger, the Joker was largely a character A-list actors avoided out of the fear of not being able to live up to Nicholson’s generational performance. So, instead of trying to emulate Nicholson, Ledger went out and created a new beast entirely — a beast that couldn’t be “bought, bullied, reasoned, or negotiated with.”

More of an anarchist than a cold-blooded, psychopathic killer, Ledger’s Joker embodied the notion that there can be evil in all of us, lurking at every turn, just waiting to be let off the leash.

It’s only fitting that, still — to this day — Ledger’s Joker is the only comic book movie performance to win an Academy Award.

11 years after the fact, the Joker still reigns supreme, and it’s unlikely that we see that change anytime soon, no matter how many billion-dollar movies Marvel Studios churns out.