Today Is The 11th Anniversary Of ‘Parks and Rec’, So Let’s Relive Ron Swanson’s Best Moments 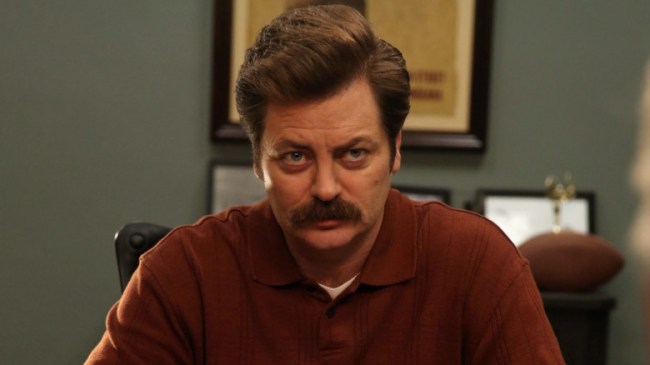 As I’ve admitted a handful of times on this website, I come from the tribe of people that enjoys Parks and Rec more than The Office.

To be clear, that’s by no means a knock on The Office: as far as I’m concerned, it’s a Top Sevenish Sitcom to be released in my lifetime (Seinfeld, The Office, Parks and Rec, Always Sunny, 30 Rock, and Arrested Development are all in this conversation — sidebar: big-time fuck The Big Bang Theory and Friends, am I right?). I just happened to enjoy the lighthearted kindness brand of comedy that Parks and Rec deploys as opposed to the generally mean-spirited, and probably ultimately more hilarious, version of comedy that The Office so famously specialized in. While The Office may have funnier characters, Parks and Rec has more likable ones.

Which leads us to Ron Swanson, the defining character of the beloved series. The government-hating libertarian trying to undo his mortal enemy from the inside. The personification of a “man’s man”, Swanson is as complete of a character to ever appear in a sitcom, as every aspect of his personality is fully realized. From his opinions on red meat to his philosophical musings, almost every line out of Swanson’s mouth is memorable.

Today — April 9, 2020 — marks the 11-year anniversary since Ron Swanson and his endless arsenal of quotes were introduced into our lives, so, in honor of that, we decided that now was as good of a time as ever to relive and enjoy his best moments from the series.