I’m a firm believer that the best way to get to know a new city is through the city’s food. Food is as much of the fabric of what makes a city unique as the people. Here, Rapper G-Eazy gives us a look at what the perfect Bay Area day might look like for him and he does that by starting with the best taqueria around.

Hit play on that video above and enjoy! And if you dig that video and want more then be sure to smash that ‘subscribe’ button on the Whistle YouTube channel!

When you think of NYC you probably think about pizza, hot dogs, and steakhouses. You cannot think about the city of New Orleans without your brain conjures up images of glorious creole dishes. And while you might not have the same visceral food memory for Bay Area food if you’re not from California the Bay Area is home to some of the best burritos and tacos on the planet.

Rapper G-Eazy was born and raised in Oakland and knows the area as well as anyone. Here he takes us on a tour of his favorite local spots and the first stop is the legendary Gordo Taqueria. There are a few locations but this one’s the best, in his opinion, and it’s obvious from the way he’s welcomed that he’s a true ‘regular’ there and not just putting on a show for the camera.

If you’re wondering, G-Eazy’s go-to order at Gordo Taqueria is the Regular Burrito with grilled chicken, rice, sour cream, cheese, and no guacamole. He goes with the ‘regular’ here because he believes the proportions are better so mark that down for your next visit to Gordo Taqueria because you want to make sure you order with that local knowledge.

One thing I’ve always said about California is the worst part about Cali is how Californians have no concept that there are 49 other states in the USA. To a native Californian, Cali is it. The rest of the country and world revolves around them. And I 100% got that vibe from G-Eazy on this quote:

“I like to think that the handheld burrito was invented in the Bay Area. It’s our pride and joy. From taco trucks in East Oakland to taquerias all around the bay. It’s a staple. Get a burrito, hit a park, post up, on a beautiful day like today.”

It takes less than one second to Google ‘where was the burrito invented?’ but you wouldn’t even need to do that because everyone knows the burrito was invented in Mexico. Specifically, it was invented by street vendor Juan Mendez in Chihuahua, Mexico back in 1910.

San Francisco does lay claim to the ‘Mission Burrito’. Two taquerias both claim to have invented it, Taqueria La Cumbre and El Faro. Both say they invented the Mission Burrito in the 1960s.

I love California. I wanted to move to San Francisco after college but I lost a coin flip against one of my best friends who wanted to move to NYC so we moved there instead and I ended up staying for a decade. But the hubris of Californians kills me sometimes. The burrito is Mexican food. Period. Point. Blank. 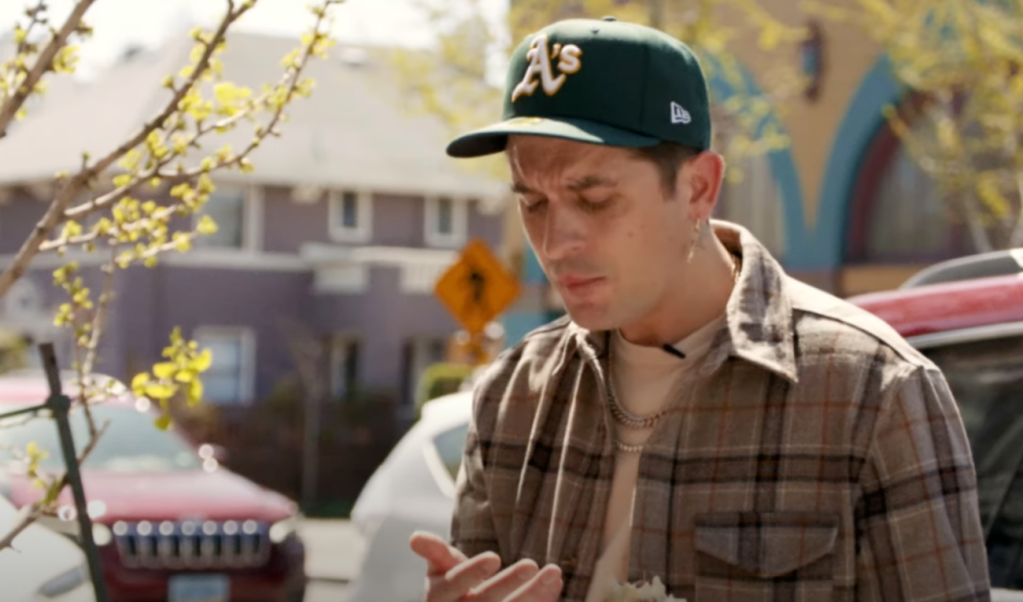