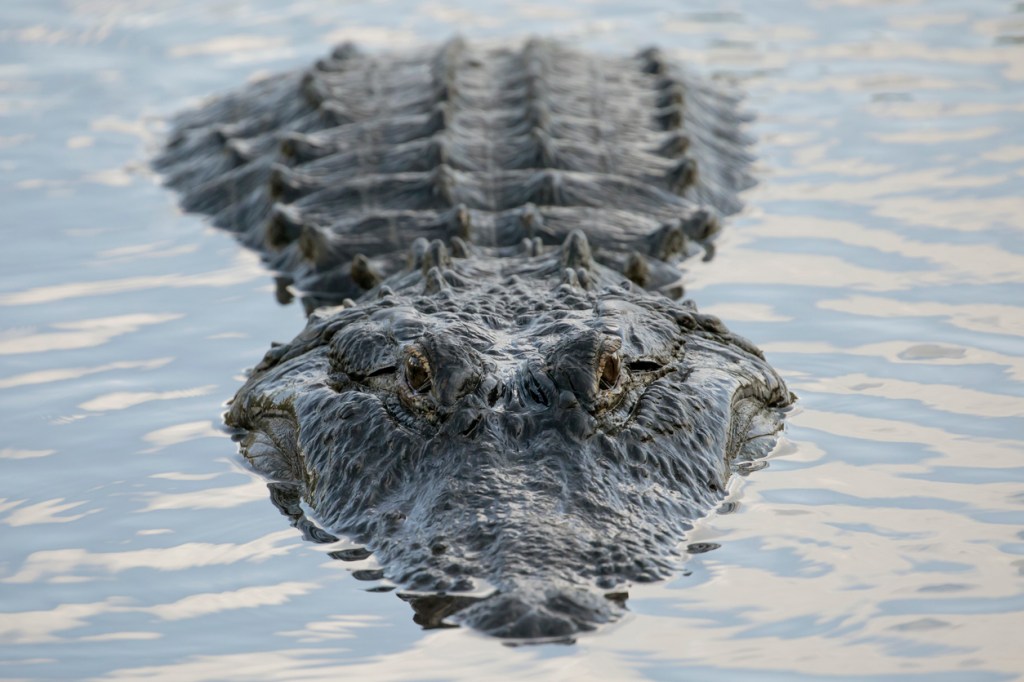 Every other year or so a photograph (or video) of an alligator emerges that’s so striking it reminds tens of millions of Americans just how powerful and majestic these creatures are.

There was that video from Palmetto, Florida a few years ago of a gator the size of a Buick walking across a golf course that shook the world. Now there’s this picture below from wildlife photographer Bobby Wummer. He described this as the biggest alligator he’s ever seen and it’s clear from the picture that isn’t hyperbole at all.

As a Floridian, I joke a lot about ‘never swimming in my backyard’ because I live on a lake but the reality is if there was a gator this size nearby everyone would know it. If there was an alligator this big within five miles of my house I’m sure I would’ve heard about it by now.

The caption from photographer Bobby Wummer’s Instagram post sheds some light on what and where this was happening. He captured the image at the Circle B Bar Reserve in Lakeland, Florida (between Tampa and Orland). His caption reads:

“Call them cannibals if you will. The biggest and the strongest will survive. This huge dinosaur has been eating good as you can see.

And this is not a photoshopped or manipulated photo. It is very real. I took this photo at the Circle B Bar Reserve in Lakeland, Florida. This gator 🐊 is well known and his name is “Humpback”. Actually, he is internationally known and locally respected. He is the biggest gator in the pond sort of speak. And that gives him the ability to do whatever he wants to.

I’ve seen other gators totally avoid or yield to get out of his way. They will give him room when he rests on his favorite sunning beach”

He goes on to say that ‘Humpback’ is the biggest alligator he’s ever seen. And he’s seen a 14-foot-7-inch alligator taken out of the water at the Loxahatchee River Water district treatment plant. This gator’s bigger than that. So we’re talking possibly 15-feet in length.

This alligator is most likely over 50-years-old and from the behavior described above in the IG caption it sounds like all of the other alligators in the area give this one space. Part of that could be because it’s so big but the obvious explanation given the picture we’re looking at is that Humpback is no stranger to eating fellow gators even when they’re not tiny.

Here’s a look at that alligator I mentioned above that was filmed on a golf course in Palmetto, Florida a few years ago:

To learn more about the Circle B Bar Reserve where the photograph was taken of Humpback eating another alligator you can visit the park’s website here.