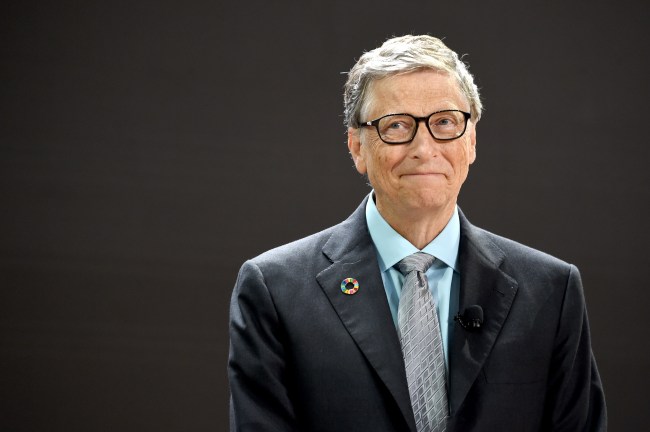 Bill Gates, who is currently getting divorced from his longtime wife Melinda, apparently had no shame and would frequently pursue women at work while he was the chairman of the board at Microsoft despite the fact that he was married.

On Sunday the New York Times released a bombshell report that detailed several examples of how Gates would hit on women at the office.

Exclusive: The breakup of Bill and Melinda Gates’s marriage is shedding new light on an open secret within Microsoft and his foundation: Gates has at times behaved badly in work-related settings.

After attending a presentation in 2006 held by a female Microsoft employee Gates allegedly emailed the woman and asked her out to dinner but also told her “if this makes you uncomfortable, pretend it never happened.” The woman pretended nothing happened and ignored Gates’ offer. 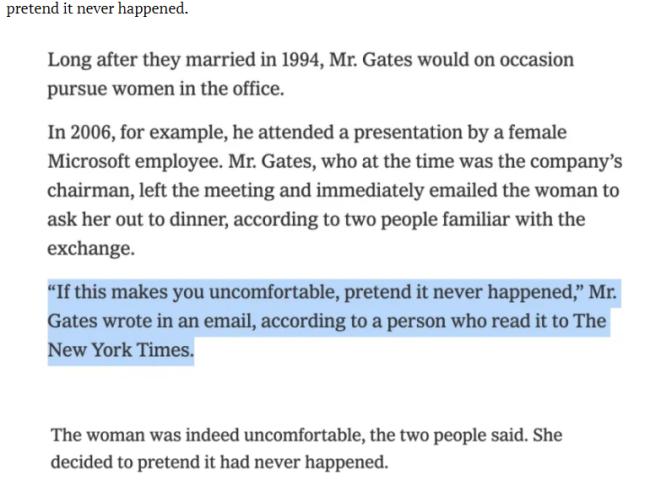 Another woman claims Gates asked her out to dinner during a business trip to NYC but she reacted to his advances by laughing in his face to avoid responding. 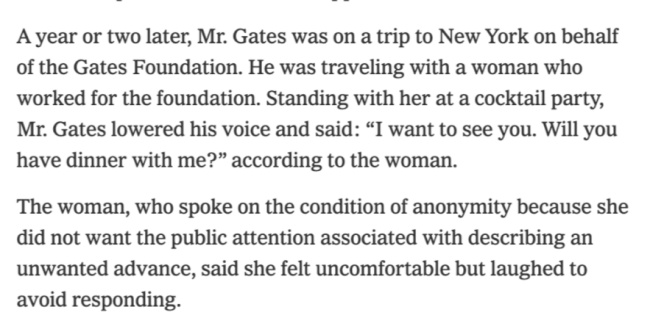 Several current and former employees say that Gates “clumsy” attempts at hitting on women was an open secret in the Microsoft offices.

According to a separate report by the Wall Street Journal, Gates resigned from Microsoft’s board of directors after a female staffer came forward to allege she had a sexual relationship with him.

WSJ exclusive: Microsoft directors started an investigation in 2019 into allegations by a female staffer of a sexual relationship with Bill Gates. Gates decided to resign from the board before the probe was completed. Our deep dive into what happened: https://t.co/sUykmiLtY2

Apparently, Gates was actually forced out of the board by other directors because they didn’t want a “me too” situation on their hands.

During the probe, some board members decided it was no longer suitable for Gates to sit as a director at the software company he started and led for decades, sources said. They didn’t want a director associated with this situation in the wake of the MeToo movement.

Gates’ relationship with Jeffrey Epstein was also questioned by the directors.

Some board members asked abt Gates’s ties to convicted sex offender Jeffrey Epstein. Directors were told the relationship focused on philanthropy & nothing more.
One concern for Melinda French Gates was her husband’s dealings with Epstein, WSJ reported: https://t.co/3A95MQcuXC

Things aren’t looking good for Gates who is currently going a divorce with over $140 billion at stake.