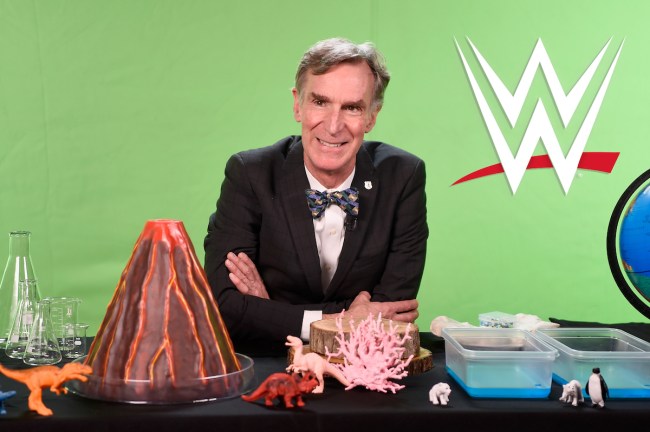 A judge’s ruling on the case of Bill Nye “The Science Guy” versus Disney could have huge ramifications on the WWE.

How are the two related? Royalties owed on streaming services.

First, an overview of the case from Variety:

For years, Disney has been keeping 80% of the revenue from older shows that it distributes to streaming platforms, leaving only 20% to be available to stars and other profit participants.

It does so by classifying the revenue as “home video.” Under a formula dating from the introduction of the VCR, Disney subtracts an 80% royalty to its in-house distributor to cover the costs of distribution.

In 2017, Bill Nye, star of “Bill Nye the Science Guy,” challenged that practice, calling it yet another example of Hollywood accounting.

Nye argued that the actual distribution costs for platforms like Netflix and Amazon Prime are next to nothing and the mouse and his cohorts was pocketing millions of dollars off the top.

After four years, and a ton of legal drama, a judge finally ruled on the matter. Disney gets to keep 80% and guys like Bill Nye get the 20%.

While Nye actually lost the case – he wanted a 50/50 revenue share – the ruling opens up a Pandora’s box of issues for a company like the WWE who pays talent jack squat for appearing on the network.

Dave Meltzer explained the situation on Wrestling Observer Radio (via transcription from WrestleTalk.)

“The Bill Nye (lawsuit), the judges ruled last week about the suit and it’s a very interesting decision because, I don’t wanna say it’s guaranteed but the ruling will have a lot to do with UFC, IMPACT, New Japan and WWE. Probably more WWE and Peacock than anybody.

So what happened is Bill Nye actually lost the suit, so he was suing Disney with the idea of he wanted 50% of the royalties that they make from streaming his show, however you break that down, because he felt that streaming was the next stage of television.

Disney argued that it’s the next stage of DVDs, and DVDs pay a lower rate – television pays 50%, DVDs pay 20%. So they argued for 20%, and the judge ruled in their favor, but in making the ruling, the judge said that streaming technology is basically the DVD world.

Now the key is that WWE, IMPACT, New Japan, they do not pay the talent like you would if they were on a DVD. They pay them nothing for if you watch the streaming show (WWE Network etc).

Probably not right away but soon enough.”

The issue suddenly falls right in the Peacock’s lap, especially if past performers come looking for paydays after the WWE inked a $1 billion deal with NBC.

Hopefully, some of the performers who no longer make money off their name and likeness can get a little scratch.

What do you think? Do they deserve to get a little taste? Let me know in the comments.

[via Wrestling Observer Radio (via transcription from WrestleTalk)]