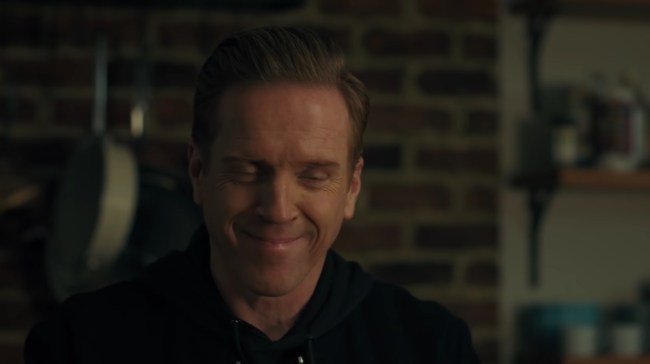 I won’t even beat around the bush here, I’ll just throw this out now: Brian Koppelman’s Billions is probably my favorite show on television over the past several years. Other TV series have had their moments but the sustained quality of writing on Billions blows the competition out of the water.

There are some potential Billions spoilers ahead for anyone who isn’t caught up through Season 4 but that should be self-evident given that you are here to watch a trailer for Season 5. The fifth season of Billions is set to premiere on Showtime on Sunday, May 3 at 9pm.

If you think back to the Season 4 finale, we left off with Chuck (played by Paul Giamatti) and Taylor (Asia Kate Dillon) coming together for the first time in a concerted effort to finally rid the world of Bobby Axelrod (Damian Lewis). They see him as the toxic plague that’s eroded everything around them and between them, they certainly have the wit to take Bobby down.

Taylor is easily the smartest person on the show albeit naive at times. Chuck is as ruthless as anyone in the series outside of Bobby. But I do question whether or not these two have the do whatever it takes nature to actually take Bobby down if it means putting themselves (Chuck and Taylor) in compromising situations because they both still operate on a pretty obvious moral code.

My prediction is there is no winner, when it’s all said and done. Bobby Axelrod will take anyone and everything around him down with him as the ship is sinking. I hope I’m wrong though, it would be fun to see a somewhat uplifting conclusion at some point in the future.