Billy Strings Announces Fall Free For All – Stream Next Two Shows For Free via nugs.net

#Music
BroBible may earn a commission if you buy a product or service via links in this article.
by Brandon WenerdNovember 17, 2022 2:28 pm 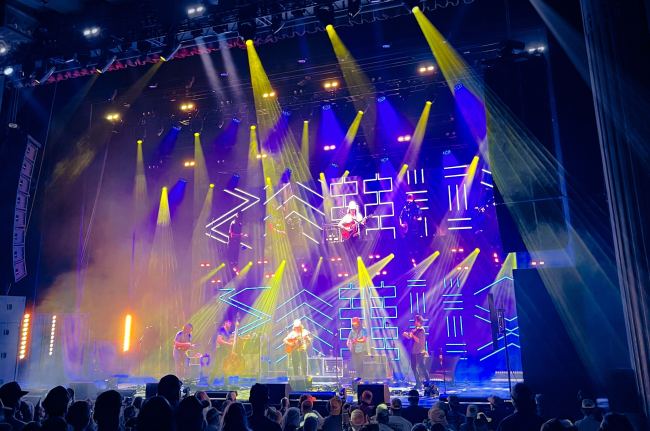 There’s nothing quite like a Billy Strings show.  On the heel of his three-night “Away From The Shire” Halloween run in Asheville, Billy Strings is treating fans to free live streams of his next 10 shows via nugs.net.

The timing couldn’t be better: This Friday, November 18th, Strings drop his new studio album, ME/AND/DAD. The album is a collaboration with his dad, Terry Barbe, and features 14 bluegrass standards that Billy and Terry frequently played together over the years.

How to watch the free Billy Strings live stream

Billy Strings is teaming up with nugs.net to offer free live streams of his upcoming shows in Michigan, Pennsylvania, New York, Virginia, and Washington D.C. It’s a special thank you to Billy’s fans. In the band’s own words when announcing their so-called fall free for all: “You’re the greatest fans in the land.”

All you have to do to watch the free Billy Strings live stream is sign up for an account via nugs.net.

You’ll get 30 days of unlimited nugs.net streaming as a trial (and you can cancel anytime), which means you can listen to hundreds of Billy shows in the vault – including his freshly released Halloween tribute to J.R.R. Tolkien’s Lord of the Rings.

Here are all the upcoming shows on Billy’s Fall 2022 tour that he’ll be streaming for free:

If you’re not familiar with Strings, I can’t hype these guys up more. Back in October, I went to his sold-out birthday show at The Wiltern in Los Angeles. It was a straight-up hootenanny throwdown, including a really fun cover of Peter Rowan’s “Lonesome L.A. Cowboy” in the first set.

Also… we got free hats!

Billy Strings is giving out hats for his birthday at tonight’s show! Your favorite jam band would never… pic.twitter.com/9zupzJWR5e

This is a phenomenal chance to check out a band that’s making major waves in the live music scene. If you don’t believe me, just watch this fan-filmed cover of Led Zeppelin’s “Ramble On” from the Halloween run over on YouTube. It’s a grand old time.

It’s Billy Strings’ universe at the moment. We’re all just living in it.