Title Of New ‘Bioshock’ Game, Details About Its Setting Apparently Leak Ahead Of Official Announcement 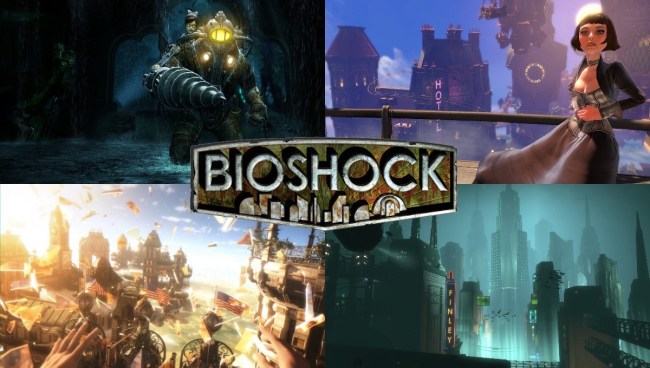 The Bioshock series are some of the best video games I’ve ever played, bar none. In fact, despite having beat Bioshock Infinite close to eight years ago, I’ll still occasionally think about how mindblown I was by its ending. I actually remember exactly where and when I was when I beat it, too: senior year at Rutgers University in my dilapidated off-campus house. We had just started pregaming but I only had a couple of levels left to play, so I took my beer with me to my room and polished them both off: the libation and the game.

My roommate, who was never really much of a video game guy, came up to my room to see what I was doing when he saw said mind-blowing ending and was so compelled by what was happening that he sat down and quietly watched me beat the final half-hour of the game. When the credits began to roll — and I’ll truly never forget this — he turned to me and said, “I don’t know what the fuck that was, but man that was awesome. What game is this?” The rest, as they say, is history. In the years since, in fact, I’ve downloaded the remastered trilogy on both my Xbox and my PlayStation (slight flex, I know).

So, obviously, it goes without saying that I am HIGHLY anticipating the rumored fourth entry in the franchise, which will apparently be called Bioshock Isolation, if this rumored leak is to be believed.

In addition to its name, the leak has also revealed some potential details about the game itself, particularly its setting: while Bioshock and Bioshock 2 took place in the underwater city of Rapture, and Bioshock Infinite took place in the floating city of Columbia, the rumored fourth entry will apparently take place in two different, warring locales.

When it comes to other major details about BioShock Isolation, this leak also claims that the game will take place in two different cities that are opposed to one another. One of these cities lies underground and is led by a dictator who is waging war on the second city that sits above. The latter city is said to be much more wealthy and is led by an entrepreneur. When it comes to a release date for this project, no window was given at this point in time. [via ComicBook]

Granted, as is the case with all leaks in all mediums of entertainment, nothing should be taken as fact until it’s confirmed by 2K Games. That said, it does seem like we’re inching ever closer to an official announcement, which will reportedly come in Q1 of 2022. I, for one, cannot wait.