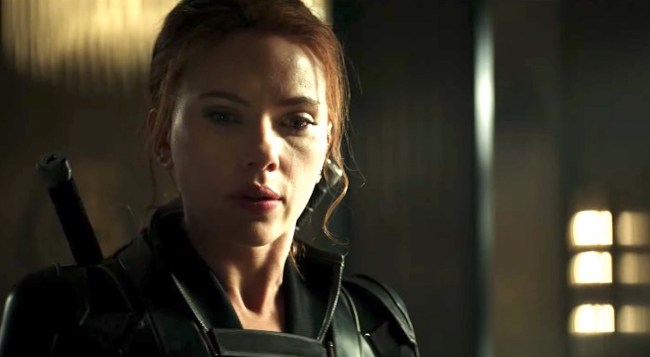 Despite the fact that the current spread of the coronavirus has caused a film as massive No Time To Die to be delayed from early April to late November, Marvel Studios and Disney are committed to staying the course, as they recently confirmed Black Widow‘s May 1 release date while releasing the final trailer for the film.

Black Widow, which is set to officially kick off Phase 4 of the Marvel Cinematic Universe, will mark Scarlett Johansson’s final appearance as Natasha Romanoff. However, despite the fact that Black Widow is Phase 4’s first film, the story will actually take place after the events of 2016’s Captain America: Civil War.

Following Black Widow, Eternals — which stars the likes of Angelina Jolie, Richard Madden, Kit Harington, Gemma Chan, Kumail Nanjiani — will be the second film in Phase 4 when it hits theaters on Friday, November 6.