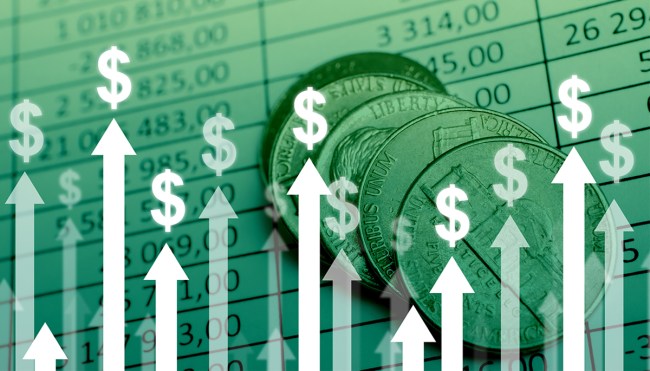 Even if you’ve somehow managed to avoid the flurry of news stories concerning the fact that the price of goods across the board has seen a significant uptick in recent months, it’s very unlikely you’ve been unable to avoid bearing the brunt of the inflation spike that has plenty of people trying to figure out how to cut costs.

There’s certainly no shortage of places you can turn to if you’re in search of some tips and tricks for saving money, and earlier this month, Bloomberg decided to get in on the action by publishing a piece filled with advice for the people who truly need it most: anyone making less than $300,000 a year.

While that article managed to largely fly under the radar when it was initially released, that changed over the weekend when the outlet tweeted out a link along with some of the highlights (or, more accurately, lowlights) that give off some serious Dril Candle Tweet vibes.

Inflation stings most if you earn less than $300K. Here's how to deal:

➡️ Take the bus
➡️ Don’t buy in bulk
➡️ Try lentils instead of meat
➡️ Nobody said this would be fun https://t.co/HGJEoXL5ZZ

The above post was a truly incredible exercise in just how much idiocy you can cram into 280 characters or less: the author suggests that you should avoid buying in bulk (a proven cost-saving measure) based on the assumption that anyone doing so possesses a total lack of self-control, ignores the fact that 45% of Americans don’t have access to public transportation, and glosses over the most glaring and tone-deaf issue of all: that anyone who’s making upwards of $300,000 and is somehow hurting has no one to blame but themselves.

It came as no surprise that people were happy to pile on once the tweet started making the rounds.

Good news, the inflation only affects 97% of us. https://t.co/kYZkQcCCQf

The outlet founded by and named for a guy worth $82,000,000,000 has some budgeting tips for you in case you thought that inflation would be fun https://t.co/Fe6fyhqtaY

“just stop being poor” is my favorite genre of financial advice https://t.co/tutl1gleHM

Great tips from Bloomberg about dealing with inflation. Things like, save on groceries by eating your neighbor's cats, save on rent by moving to a tent city in San Francisco, where you can have beachfront views for free (water and sewer not included), etc. https://t.co/Xgc5d8fBZF

I really thought this was the onion at first🤡 https://t.co/krKBnZGdKV