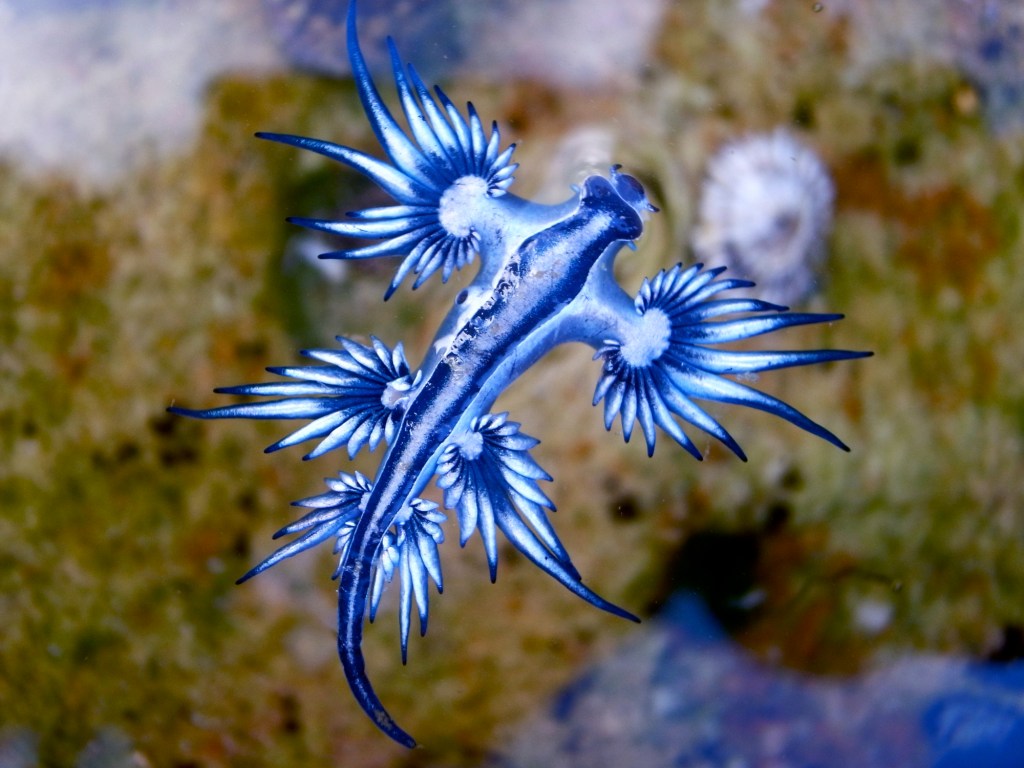 Pro Tip: if you see something in the ocean and it looks like an alien, don’t pick it up. This is ESPECIALLY true in Australia where virtually every creature is packing some sort of potentially lethal punch.

A person on TikTok by the name of @julianobayd found a tiny blue creature known as the Blue Sea Dragon (Glaucus atlanticus). This is without a doubt one of the coolest-looking creatures in the ocean. It looks more like an actual alien than something you’d expect to see swimming around.

The blue, black, and metallic silvery colors are mesmerizing but this is A LOT more than a pretty creature. It feeds on venomous siphonophores like the Portuguese man o’ war and it leeches the venom from these potentially deadly venomous creatures and stores it inside its own stinging nematocysts that it uses to take down prey.

Think of it like a vampire that feeds on potentially lethal jellyfish and then stores their venom as its own. Just a wild way to make it up the food chain. And here’s this guy picking one up and asking what it is.

Comments range from “it’s obviously a Pokémon” to “if it’s a vibrant color, by the law of nature, don’t touch it.” That comment seems particularly poignant. If it’s something that looks as other worldly as a Blue Sea Dragon then there’s 100% an underlying reason that creature looks so magnificent. Stay far away.

I guess all’s well that ends well. This turned into a teaching moment for many. His TikTok videos have racked up over 50 million views with people blown away by this creature. Hopping off TikTok, there are some cool YouTube videos out there showcasing this peculiar Blue Sea Dragon